Tax Increment Financing (more commonly referred to as ‘TIF’) is a state-authorized, locally driven funding provision that allows cities and counties to designate a portion of property tax dollars generated within an Urban Renewal District (URD) or Targeted Economic Development District (TEDD). The designated dollars generated by TIF are to be spent on improving economic conditions within or connecting to a specified district. Only that portion consisting of the net increase (increment) in taxable values is reserved for investment in the District. 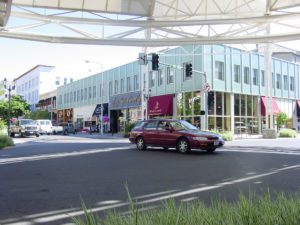 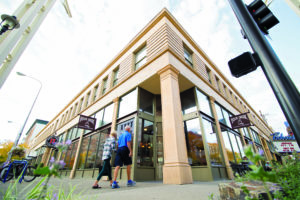 The Babcock Building on N.  28th St. & 2nd Ave N.  is one of many Downtown revitalization projects funded with the help of TIF dollars.

What is a URD?

Urban Renewal District (URD) is an area within a city, town, or consolidated city-county which is created to address a blighted area within its’ boundaries. The proposed area must contain at least three conditions of blight to qualify as a URD. URD’s can be governed by the local government or by an Urban Renewal Agency (URA) which is authorized by the local government to carry out the powers allowed by state law. URD’s undertake projects outlined in the Urban Renewal Plan, adopted for the District, to address the conditions of blight in order to improve economic conditions within the URD.

Targeted Economic Development District (TEDD) is an infrastructure-deficient area within a city, town, county, or consolidated city-county. The goal of a TEDD is to improve conditions within the District which constitute an impediment to value-adding industrial development. TEDDs are governed by the local government, which generally utilizes an advisory board for assistance. TEDDs undertake projects outlined in the Comprehensive Development Plan adopted for the District. 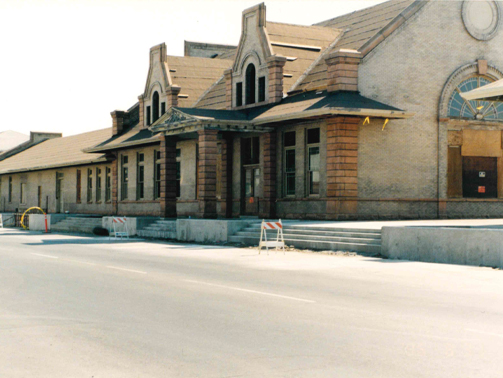 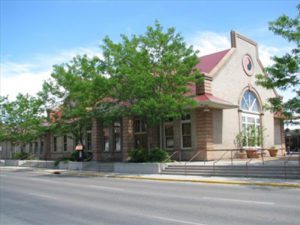 The Historic Billings Depot on Montana Ave was once a blighted rundown building. In 1995 rennovations inlcuding the use of TIF funds helped turn it into the community venue and historical campus it is today.

Will this increase my taxes?

Property owners within the District pay at the same tax rate as those outside the District; however, as property values increase over time the difference between the base year and current year property taxes are captured by the District.

Will this money take funds away from the schools?

All taxes that are derived from the base taxable value are distributed to all taxing jurisdictions. Only taxes resulting from growth inside the specified District are directed to urban renewal or targeted economic development projects.

Will URDs and TEDDs last forever?

URDs and TEDDs do not have a specified expiration date, however, the Tax Increment Financing (TIF) provision for those districts can only last 15 years unless bonds are sold (with a maximum term of 25 years) in which case TIF will last until the bond obligation is paid. The average length of existing districts is 20 years and 18 years for those that have sunsetted.

Is Tax Increment Financing (TIF) the same as Tax Abatement?

How is increment created?

Once a District is established, its base taxable value is certified by the Department of Revenue. The base year is identified in the ordinance establishing the District and is typically January 1st of the year in which the ordinance becomes effective. For example, if the District is approved by the local government in December 2016, the base year will then be 2016. The Base Taxable Value will be certified by DOR as of 01/01/2016. The first year a District would be able to receive any increment would be based upon the taxable value of 01/01/2017. No actual funds are available to the District until November of 2017 when the first half property tax payments are received. Local governments are allowed to accrue increment over time to allow for meaningful projects to be undertaken in the District. 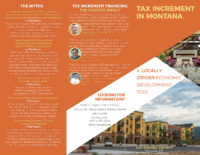