Robert Dana Harper (Doc) was born on the south side of Chicago on January 14, 1911. He grew up in Duluth, Minnesota, graduating from Morgan Park High School at the age of 16, the same year he became an Eagle Scout. He received his medical degree from the University of Minnesota and completed his residency at St. Mary’s Hospital in Duluth by the age of 25.

Doc came to Montana in the Summer of 1936. His first medical work was in Glasgow where he remained until the Fort Peck Dam was all but completed. He established his medical practice in Sidney in early 1938 where, other than for his service as a U.S. Naval Surgeon in the South Pacific from 1943-1946, he continued practicing without interruption until retiring in 1979.

Doc loved his practice, and he dedicated his life to the care and comfort of his patients. Although he took pride in his membership in the International College of Surgeons, he believed his greatest lifetime achievement was assisting women in the delivery of more than 3,000 babies in the greater Sidney community.

Doc moved to Billings in 1983 where he remained until his passing in 1994. Doc enjoyed people, good conversation, a good martini, and a good time! So in the spirit of Dr. Robert Dana Harper, we proudly bring you Doc Harper’s.

Raise a glass, if you please! Cheers! 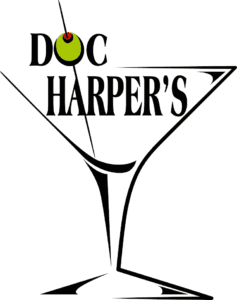 Check out the vintage works of master artists Beve

Do you know what's better than clearance? An extra

The trees are starting to bloom downtown! The new

@thishouseofbooks is an independent full-service b

Aspinwall will be at the Billings Depot for Tacos

Boppin’ around Downtown Billings this Friday for