Billings Federal was established in 1935 as a federally chartered Credit Union. In our over 80-year history, we have continued to grow. In 1999 BFCU was granted an amended charter allowing us to serve people who live, work, attend school or worship in Yellowstone, Big Horn or Carbon Counties, Montana. In 2002 a Billings Federal Credit Union office was opened in Billings West End, followed by a Heights office in April of 2004. In 2019, we opened a Grand Ave. office. Our main branch and administration building remains located in the heart of Downtown Billings. 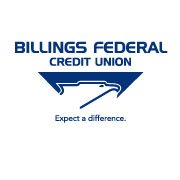