Smart Design + Safer Space is a crime prevention program created through a partnership of the Downtown Billings Alliance, the Billings Chamber of Commerce, and the Billings Police Department that seeks to complement and enhance the City of Billings’ priority to increase public safety. Billings Chamber of Commerce employee Daniel Brooks and Downtown Billings Alliance employee Joe Stout have completed 64 hours of training with the National Institute of Crime Prevention (NICP) to receive the CPTED Professional Designation (CPD). The Billings Chamber and DBA’s investment will contribute to the city’s overall efforts to address Billings’ ever-changing crime prevention and public safety needs. 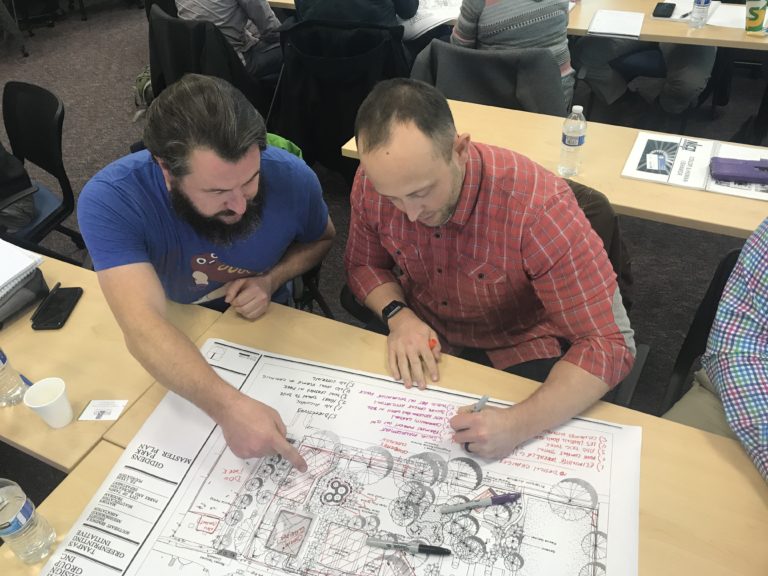 Crime Prevention Through Environmental Design, or CPTED, is a crime prevention technique that decreases opportunities for inappropriate or abnormal use and increases the chances that other users will see inappropriate activity. CPTED goes beyond traditional security methods by naturally integrating security measures into the built environment. While the concept of CPTED is multi-faceted, the safe design is based upon four principals:

Surveillance is supported by the placement of physical features, activities, and people in a way that maximizes visibility. Easily surveilled environments are created by designing landscapes that allow clear and unobstructed views of surrounding areas, improving visibility with lighting or transparent building materials, avoiding lighting that creates glare or shadows, and to avoid creating areas of entrapment or concealment. Additionally, good quality lighting that provides optimal color rendering makes a space seem more visible and provides increased witness potential. 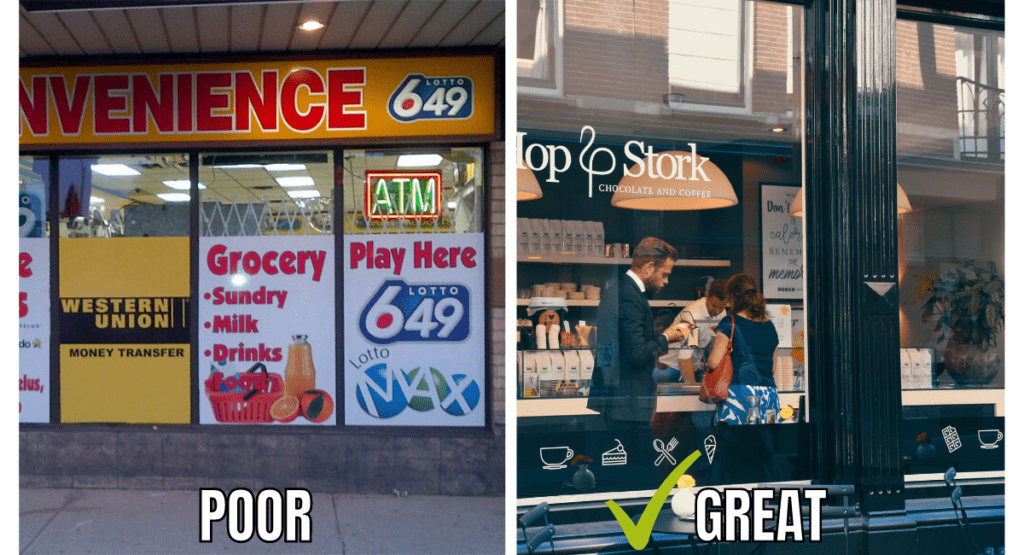 Users are physically guided through a space by the strategic design of streets, sidewalks, building entrances, and landscaping. Access control is achieved by ensuring that entrances are visible, well lit, and overlooked by windows. For example, clearly defining entryways, controlling access points to a site, highlighting the main entrance, marking public walkways and paths, and having a comprehensive wayfinding system. These methods will establish a natural access control that puts all users at ease and makes any abnormal use of a facility obvious. 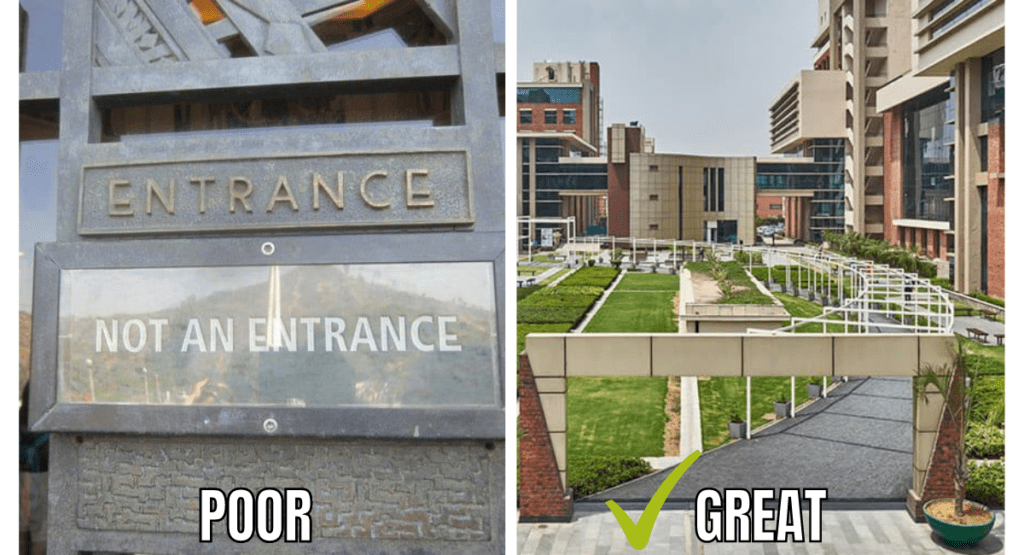 Maintenance allows for the continued use of a space for its intended purpose and may be performed on both man-made improvements and natural or planned landscaping. Maintenance serves as an additional expression of ownership, demonstrating to potential abnormal users a sense of pride of ownership and surveillance. Well performed maintenance prevents the reduction of visibility from landscaping overgrowth and or inoperative lighting. 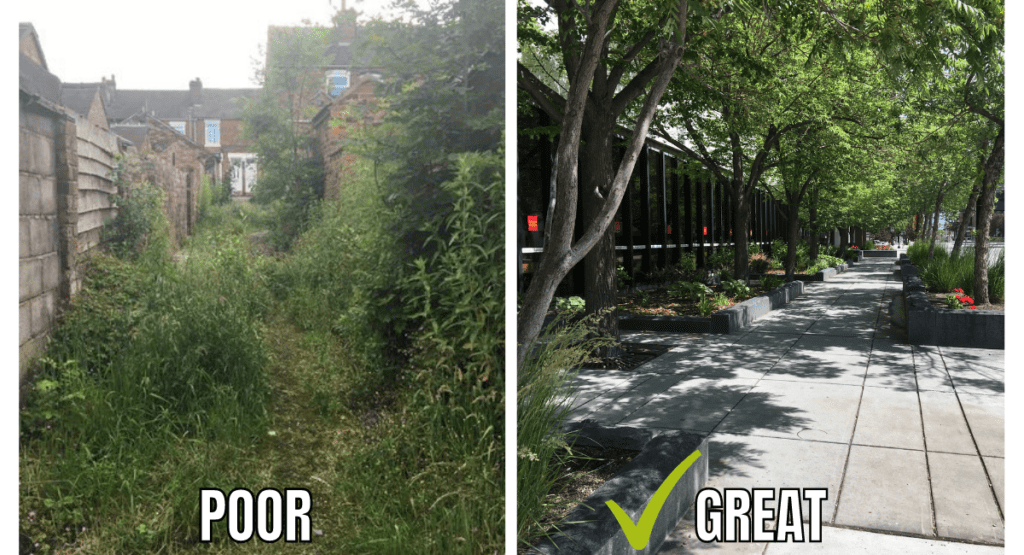 All four of these concepts come together to create “defensible space.”  When a space is defensible, it shows that an owner, tenant, business owner, or property manager is interested in maintaining proper and intended use of the space or facility as designed. If the space is, or appears to be, “undefended,” abnormal users perceive an increased opportunity for unwanted or inappropriate use, which may include committing crimes. These crimes can be crimes of opportunity or crimes planned around opportunities seen in a space or facility. Examples include breaking into a concealed car that normal users cannot easily see or waiting in an unlit area for a target car or victim. Owners or managers may consult with a CPTED professional to evaluate these factors and others to address any changes to improve the defensibility of the space.

CPTED has been criticized for its tendency to exclude all but “legitimate users” of a space, especially public spaces, unfairly targeting low income or homeless people. Some critics see CPTED concepts walking hand in hand with gentrification. This genuine concern must always be kept in mind when implementing crime prevention principles. The object should not be “target hardening” or implementing an “urban fortress model” (bars on windows, gated communities, privacy walls, unfriendly security fence), but instead should focus on decreasing the opportunities for inappropriate use of a space and the opportunity to commit a crime. Pushing crime to a different area is not a solution, and as such, CPTED principles are most effective when put into effect at a larger scale in a community. Activation of any space is the best deterrent to crime, while displacement may create the opposite effect. An overall reduction of crime in the area is the ultimate goal. If an individual is prone to commit only crimes of opportunity, this result is positive for all, including possible abnormal users.

An essential but often overlooked aspect of safe neighborhood design is the proper activation of the space within and by the community. The property or facility’s social aspects can include whether any public areas, such as green space or meeting rooms, are open during all hours or operating hours only. Many schools allow playground use during evenings and weekends, which creates a sense of community ownership, which helps maintain a safe environment. Churches have evening meeting spaces for groups not necessarily associated with the church that keep the building active during off-hours, deterring unsafe or illegal activities. Any steps to include a larger part of the community other than just the most basic intended users activate the space that fosters community pride and keeps the site occupied for longer, and will reduce both the perception and actual occurrence of crime.

Public art, traffic calming, transit connectivity, and parks are vital parts of the proper use of CPTED models. Public art plays many vital roles, including demonstrating ownership of a space, showing civic pride through engagement with local artists, and drawing attention to overlooked areas that once served as common locations for undesired behavior. Traffic calming contributes to making a space more appealing to foot traffic, bringing more “eyes” to an area. Transit connectivity performs a similar role, helping with the area’s walkability. Since car traffic is not perceived as surveillance by many possible abnormal users, the more pedestrian traffic, the better.

Proper, effective, widespread implementation of a program involving CPTED benefits all parts of the community. A reduction in crime leads to decreased law enforcement spending, an improved sense of community, additional tax revenue from activated local businesses, and increased property values. A vibrant, active community is shown to lead to improved mental and physical health of residents and longer life expectancy. This can become a snowball effect where a newly vibrant area becomes safer, thus becoming more activated, further increasing the quality of life in a neighborhood or city.

We are so lucky to have such amazing local artists

montaguesjewelers has been a family business in d

We enjoy afternoons downtown but love when the sun

This week is blowing by as fast. Happy Wednesday d