The 36th Annual Holiday Parade themed “Cartoon Celebrations” hosted by our team at the Downtown Billings Alliance, takes place Friday, November 26, 2021. The parade begins at 6:30pm and will be the first of many community parades to utilize the new downtown parade route revised by the City of Billings.

The long used downtown parade route was changed in January 2020, upon request of the City of Billings & Montana Department of Transportation, to ensure that North 27th Street remains open and the downtown MET transfer center is not impacted by parade staging. The parade staging area is now to be located west of North 32nd Street. The parade itself will travel East down 2nd Avenue North, turn North (left) under Skypoint, and then turn West (left) onto 3rd Avenue North to the parade end, where the floats will disband at Division and North 33rd Street.

This event is a long-standing cherished tradition here in Billings that has taken place the Friday after Thanksgiving for 36 years with the exception of the parade being cancelled in 2020 for public safety reasons stemming from the COVID-19 pandemic. While we coordinate the parade, each entry is put together by individual local businesses, organizations, and community groups wanting to share their holiday spirit with our community.

The Eugene Sara Detachment, United States Marine Corp League & the Billings Young Marines will kick off the parade as the honor guard and will be followed by a 1922 Chandler Model 6 vehicle, from the collection of local car collector Don Cantrell. Riding inside and walking alongside the vintage vehicle will be the honorary Parade Grand Marshals, the Billings Clinic Endoscopy Unit. The Endoscopy unit is sponsored by our team as part of the Billings Clinic’s Sponsor a Unit program. Naturally, when it came to choosing a Grand Marshal we chose to include our sponsored unit in the parade; We knew from years of experience how mood elevating it is to be a part of the parade and to see all the happy faces smiling and waving at you and we wanted to offer that opportunity to their hard working team.

This year’s parade line-up includes a total of 57 entries. Santa will make an appearance in the parade finale on a float made annually by Billings resident, Darwin George, in memory of George’s father who loved Christmas.

For all who are unable to attend the parade in person, Community Seven Television will air the parade live on air or watch it online at comm7tv.com. The parade announcers will be Dianne Parker, a local lifestyle television host for KTVQ & Community Seven Television and Willy Tyler, a radio personality for The Zone 96.3 & My Classic Hits 105.9 (Desert Media Broadcasting). The pair announced the parade in 2019 and both has so much fun they’re looking forward to teaming up again this year. 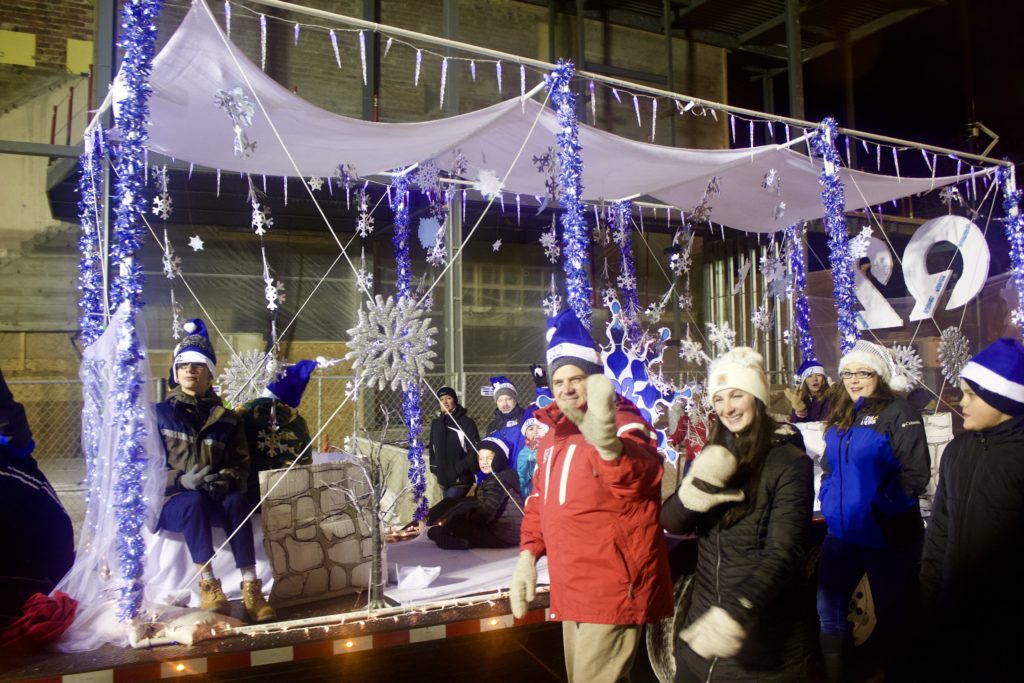 Additional judges will be announced soon!

We would like to remind you all that this is a free community event and public safety is our number one priority. Any and all candy handouts will take place from the sidewalks behind the crowd and not from the parade route itself. Parade floats will not be passing out candy from the parade route in compliance with the DBA’s and City of Billings parade safety policy and ordinance.

Thank you and we’re really excited to kick off the holidays with our community this year! We missed you all so much last year!