About Thirsty Street Brewing Co. at The Taproom

Thirsty Street at the Taproom hosts Thirsty Street’s mixed-culture barrel-aging program and a taproom featuring the same great Thirsty Street Brewing Co. brews, guest taps, cider, seltzer, kombucha, wine by the glass, and a curated bottle selection. A quick and easy snack menu will satisfy that beer-drinking hankering, but you can also bring your own grub of choice. A fun feature includes a game room with free billiards, darts, and shuffleboard. Extended taproom hours are an added bonus! Kid and dog friendly. 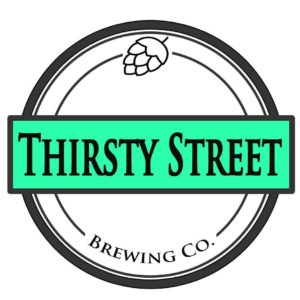 We absolutely enjoy this @leewalkerfineart traffic

If you walked around downtown today you may have n