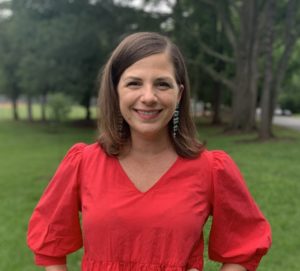 Jessica Kay Ruhle, education director at the Nasher Museum of Art at Duke University in North Carolina, will be the new Executive Director at the Yellowstone Art Museum.

The YAM Search Committee selected Ruhle (pronounced ruh-lee) based on her innovation and her leadership skills. Ruhle takes over her new position in early 2022 following the departure of former Executive Director Bryan Knicely in August. Ruhle will be in Billings, starting Jan. 26.

Ruhle said she considers herself a forward-thinking leader always “working on new and innovative partnerships that can amplify the role of museums.”

I’m really excited to come into this position as a life-long educator,” Ruhle said in a recent interview. “Having been an educator, the focus is so much about building relationships and engaging audiences, inviting people in the museum space.”

The Chairman of the Search Committee Matt Stroud said Ruhle will bring strong vision and leadership to the YAM.

Jessica is a true professional that we believe has the experience, background, and leadership skills to lead the YAM into the future,” Stroud said. “We also believe Jessica has a unique way of listening, observing, and leading that will bring everyone together.”

Ruhle said she applied for the position because of the YAM’s focus on contemporary art, which is a passion of hers. She was also impressed with the programs in place and the community engagement she saw when she visited Billings in November and met with the Board, staff, and some cultural leaders. Two aspects of the art museum that most impressed her were the Visible Vault and the YAM’s Permanent Collection.

It’s so rare to make behind-the-scenes spaces accessible in the way that the YAM has,” Ruhle said. “It’s not only storage, but I think it is absolutely one of the best features at the museum.”

Search Committee member Larry Martin, who has long been associated with the YAM as a Board member, said Ruhle will bring energy, organizational skills and ideas to the museum.

Most importantly was her demonstrated abilities to engage meaningfully with others, including Board members, museum staff members, and members of the community,” Martin said.

Ruhle said she would like to discuss with staff, including acting curator and registrar Lisa Ranallo, ways to bring more people to the Visible Vault. The possibilities are exciting, she said.

I was also thinking about the Artist Residency as a key feature at the YAM. It gives time and space for artists to engage with visitors.”

Two programs she is most proud of starting at the Nasher Museum are Reflections, a program for people with dementia and their care partners, and Nasher Teens, an interdisciplinary program for Durham-area teens.

Ruhle grew up in Florida and has worked in North Carolina since 2005. She loves to explore new places and last year took an extended trip to visit national parks in Utah. Ruhle looks forward to embracing the Montana outdoors along with her rescue dog Wilkes Marie, named for a favorite county in North Carolina.

I’m excited about Montana and the arts community there. I am looking forward to reconnecting with friends and colleagues who are artists and arts professionals based in Montana, as well as building relationships with more artists throughout the state. Plus, I absolutely love getting outside and am eager to experience the beauty of the region.”