Those are some of the words Billings elected officials and leadership staff used to  describe this weekend’s two-day retreat hosted at the Billings Depot.

“The ability for city council and city staff to work together is key to the success of where the city’s going. This weekend helped make sure we’re aligned in how  we’re approaching things and how we are able to discuss issues and come to  good resolutions that are helping our city,” said Public Works Director Debi  Meling. 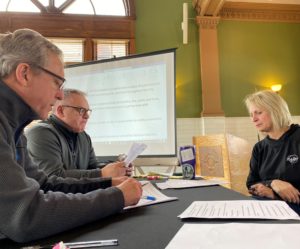 The purpose of the retreat was to establish and elevate a vision for the city. Hosted in an informal setting, attendees discovered it did much more than that.

“I think the last couple of days have broken down barriers to form connections and relationships that will only allow us to be a stronger body, whether it’s the elected officials, and/or leadership, to make sure that we are doing everything we possibly can to create that highest quality of life for everyone in Billings,” said  Gavin Woltjer, director of the Billings Public Library.

Facilitated by Karen Baumgart-Miller with Baumgart Consulting, the group covered topics from the city’s vision, mission, core values, policies, expectations  of each other and more. 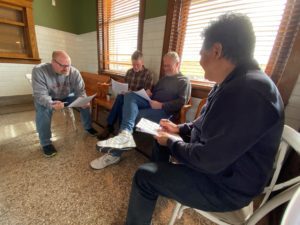 The last council/leadership retreat was hosted in 2019.

This is the second retreat orchestrated by City Administrator Chris Kukulski.

“I’m really excited and pleased. Everybody at the table with their diverse  opinions and ideas were open-minded to getting to know each other better and  share with each other,” Kukulski said.