Walkable City in the West 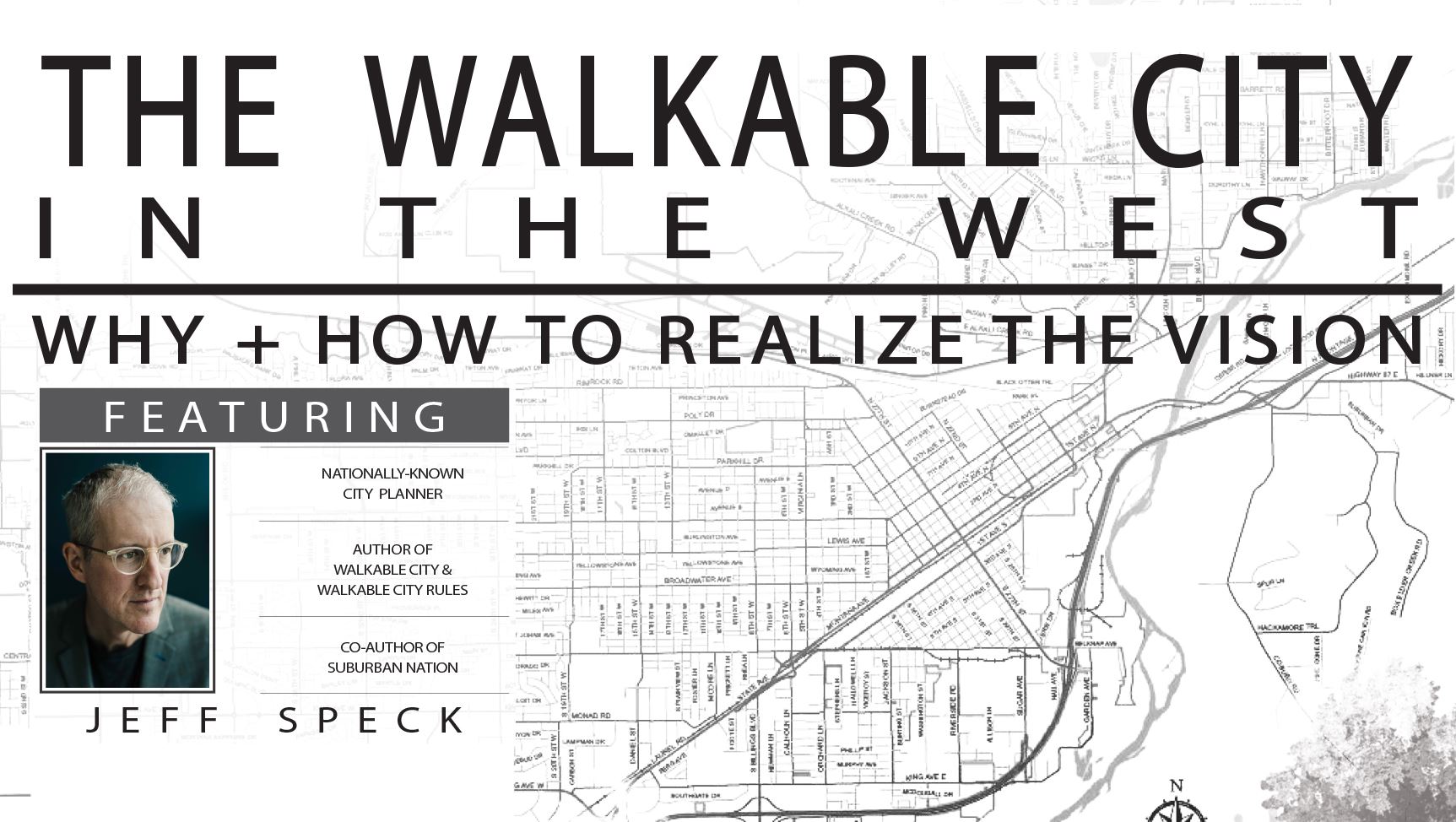 The Walkable City In the West: Why & How to Realize the Vision

Interested in learning how we can make Billings the “Walkable City in the West”? Join us at a special presentation by Jeff Speck, renowned urban city planner, to learn why and how we realize this vision.

This event is FREE and open to the public. We hope to see you there!

ABOUT THE PRESENTER:
Jeff Speck is a city planner and urban designer who advocates internationally for more walkable cities. As Director of Design at the National Endowment for the Arts from 2003 through 2007, he presided over the Mayors’ Institute on City Design and created the Governors’ Institute on Community Design. Prior to his federal appointment, Mr. Speck spent ten years as Director of Town Planning at DPZ & Co., the principal firm behind the New Urbanism movement. Since 2007, he has led Speck & Associates, a private design consultancy.

Mr. Speck is the co-author of Suburban Nation, which the Wall Street Journal calls “the urbanist’s bible.” His more recent book, Walkable City, was the best selling city-planning title of 2013-2016. Its sequel, Walkable City Rules, is described by Kurt Andersen as “a must read for urbanists, city-builders, and everyone who lives in cities.” His TED talks and YouTube videos have been viewed more than four million times.

CO-HOSTS
Thanks to all who have generously given resources of all kinds to make this happen: