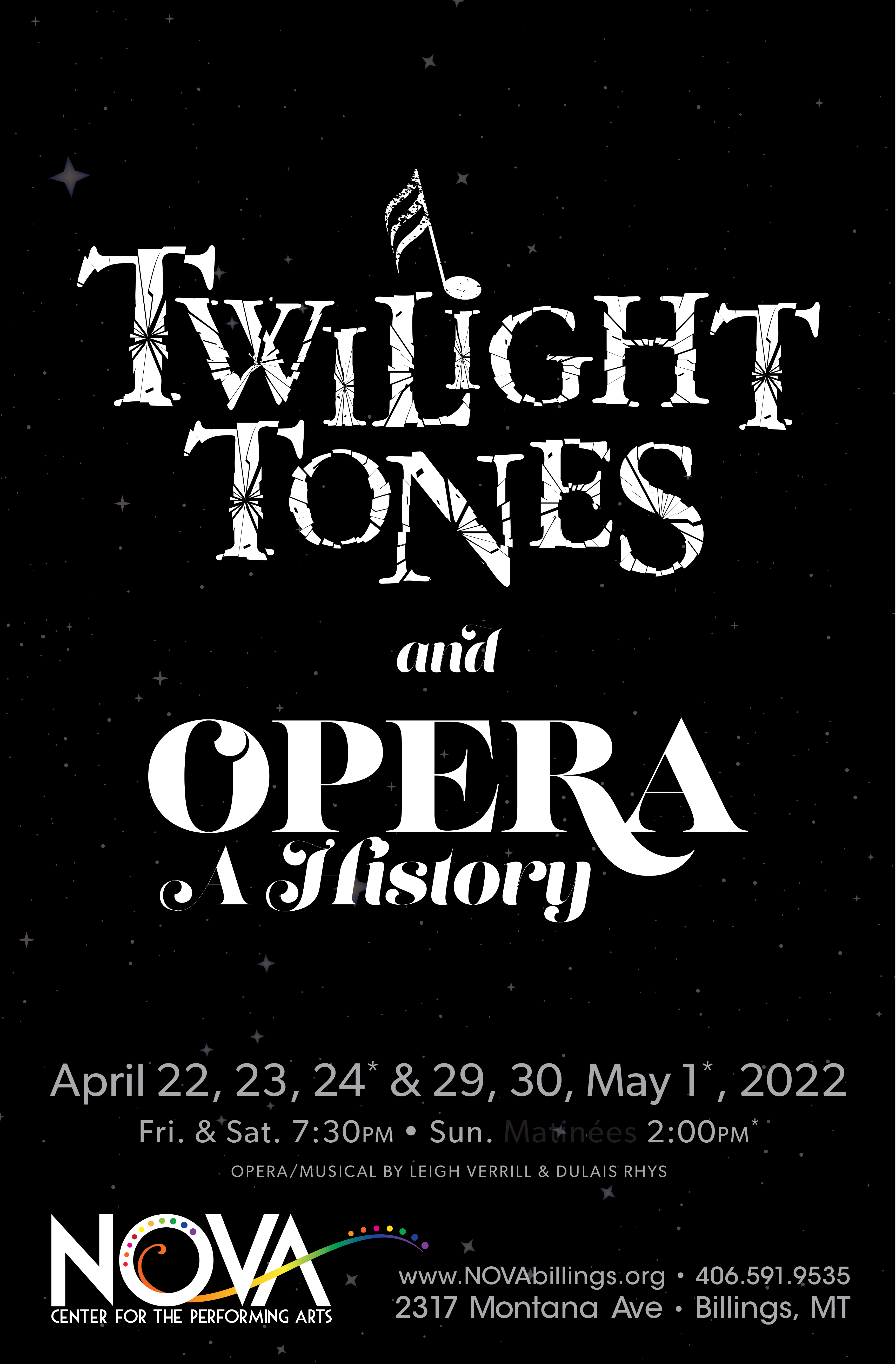 A one-act musical comedy inspired by the Twilight Zone episode A World of His Own, in which an author possesses the supernatural power to make his characters appear and disappear. The composer himself explores the fuming frustration of writing a song and interacting with others on stage.  However, an unexpected resolution is discovered much to the surprise of the artists themselves.

A World of His Own, starring Keenan Wynn was the last episode of the show’s first season and essentially comedic in tone. It originally aired on July 1, 1960, on CBS.

Opera: A History is an added bonus for the fans of local singers, Michelle Berger, Meghan Kilroy and Janie Sutton. Written and presented by Dulais Rhys, this innovative program offers an illustrated presentation featuring live performances and “mandatory” audience participation.