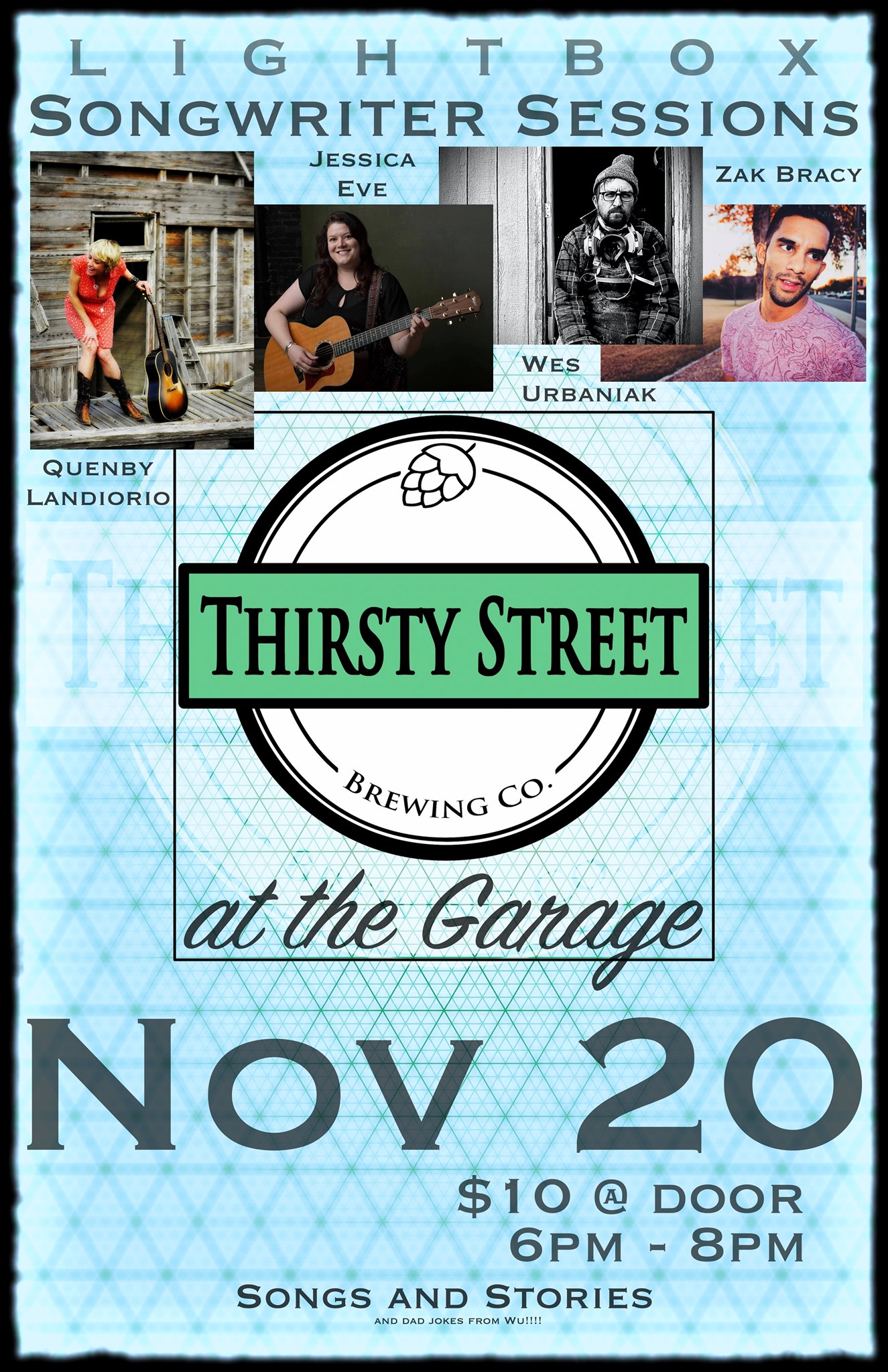 Good hello. Songwriters help tell all of our stories and all of our stories are linked. An event like this can be powerful, inspiring, and motivating. It is something that has the opportunity to reach right in where the mind and the heart hang out together.
We are doing a series of these events, or sessions, and we hope that you’ll come share in the experience with us. Not only will we be practicing all safety guidelines, but we will also be enforcing a quiet room experience. Let’s give it a listen…

Jessica Lechner –
Jessica Eve is a singer/songwriter from Billings MT. Touring locally and regionally solo, as a duo with Nick Kozub and with Wes Urbaniak and the Mountain Folk.

Quenby Landiorio –
introduced to the Country/Americana scene during her time in LA from
`97-`09. But after years of enjoying her friends from out front, she decided it was time to have a go at it from up on stage. Late in `07 she picked up the guitar in earnest which was followed very quickly by recording her first song and shortly after by compiling her first band. By `09, Q’s desire to take the band all the way made a move to Texas inevitable, so she and original drummer, Clint Short (Shurman, Stonehoney, Weldon Henson), pulled up stakes and relocated to Austin. Since then she has made many successful tours of the Northern and Northwestern U.S. resulting in her latest move to Livingston, MT from where she books and maintains a full-time performing
and touring schedule with a stable of talented local musicians. Now Q & the WOW Band plays a variety of genres including Vintage rock n’ roll, Americana, Country, Outlaw Country and Classic Country as well as a bevy of originals that span the same spectrum of American roots music.

Zak Bracy –
From Arizona to Montana, Indie-rock based musician Zak Bracy brings stripped down versions of his songs with explosive rhythms, subtle hints of jazz, and melodies that will stay in your head long after you’ve heard them.
And your host and final picker, Wes Urbaniak. This feller and his dad jokes – oh boy. Well, leave your noses alone but let’s get to pick’n.

We are proud to announce the recipients of the ina

So many ways to end a Saturday. Here we are at @th