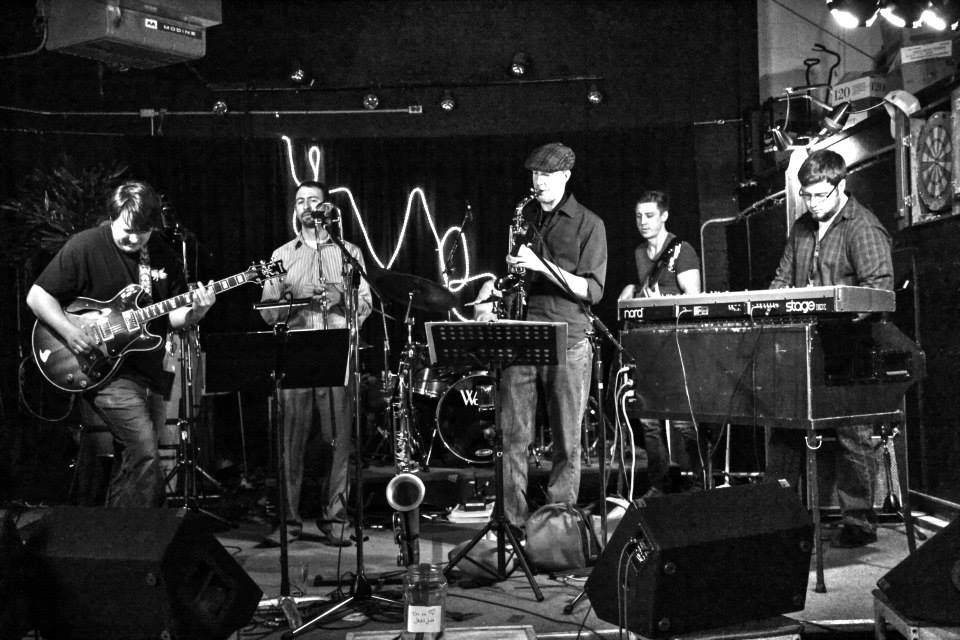 Formed in 2009, the Alex Nauman Organ Trio has blessed Montana, a place considered by many to be a black hole in the jazz landscape, with their fresh, sophisticated sound. On one hand, the group harks back to the organ trio tradition, employing percussion, lead guitar and organ to produce soul-, blues- and R&B-based jazz. On the other, this trio treads uncommon ground, unafraid to delve into funk and rock and roll. The group draws from myriad influences, evoking styles from 60s soul/jazz pioneers and 70s funk-fusion groups to modern groove bands such as Soulive and Medeski, Martin, and Wood. The Billings Gazette writes, “The trio are hardly your run-of-the-mill jazz players. Nauman is one of the finest young guitarists in town.”

With a shoestring lineup, featuring Alex Nauman on lead guitar, Brad Edward on percussion and Erik Olson on keys, the trio manages to create a presence enviable by ensembles twice their size. The organ, a Hammond C3, has substantial presence- enough to be called the fourth player in this three-man show. Every member has the chops to hold the crowd alone; each solo calculated and purposeful. Wondrous stuff emerges when these powers combine. Boasting a resume of performances that includes a headlining act at the Yellowstone Jazz Festival, and appearances at Whatfest and PBS’s 11th and Grant, the trio has had ample opportunity to show off their wondrous stuff.

On their 2010 debut, Loud Lullabies, the trio captured the high-energy spirit of their live performances with ten tracks that amply display their various moods, whether rooted in technical jazz or verging into raucous experimentation. That’s a lot of territory for a group that claims they revolve around IPAs, hot peppers, and lower back surgeries from helping haul that damn organ.