Terminator 2: Judgment Day at the Babcock 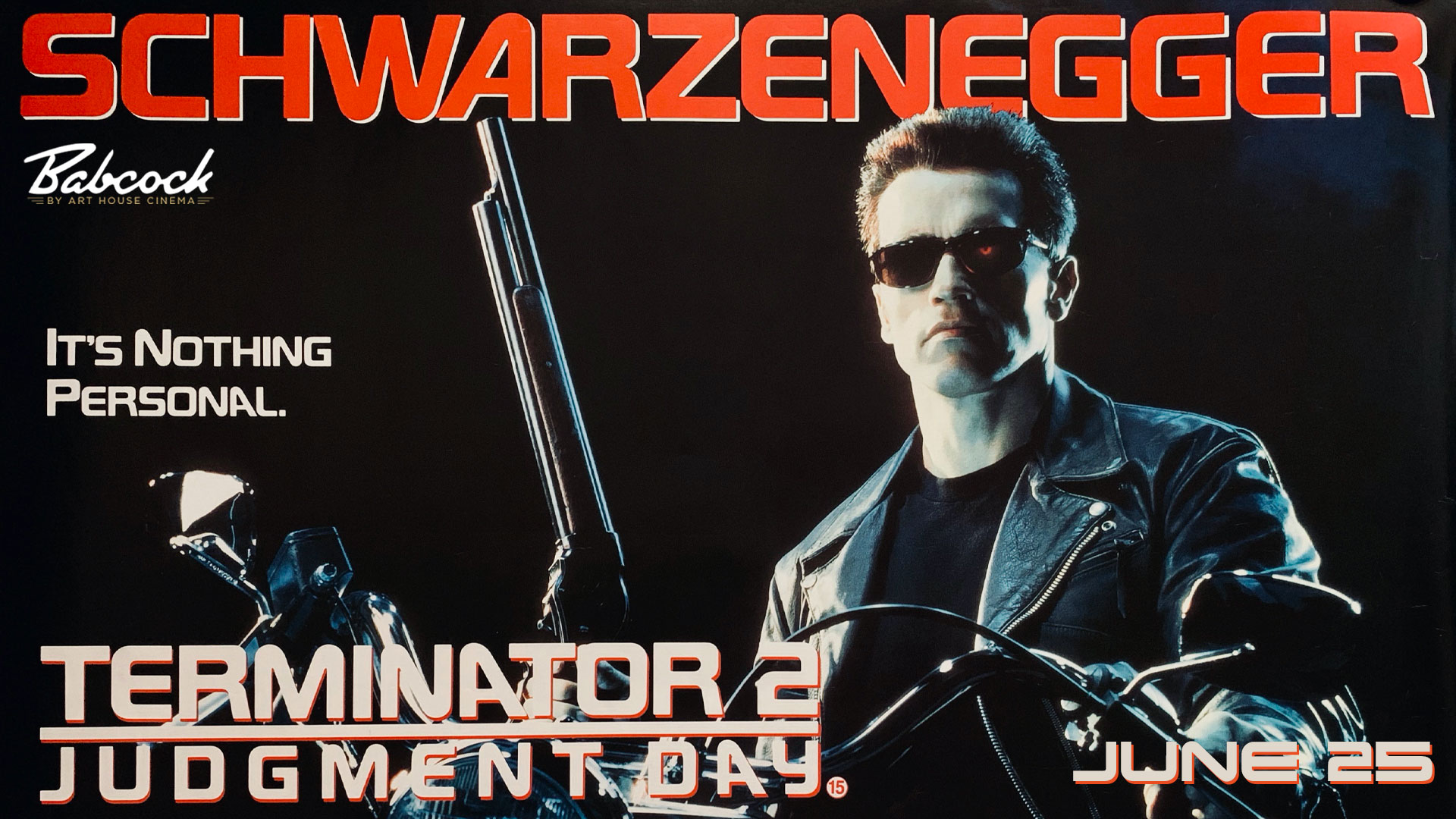 As promised, he’s back!

Arnold Schwarzenegger’s biggest film franchise is coming to the Babcock for a double-header James Cameron time-traveling robot lineup! Starting with the original film that started it all, 1984’s The Terminator on June 24th, where a cyborg hunter chases the mother of a future leader of a rebellion that is a tense sci-fi thriller. And then come back on June 25th for the even bigger follow-up with the 30th Anniversary of Terminator 2: Judgment Day. Shucking the horror vibe of the first film, T2 is a sci-fi action-adventure with mind-blowing effects work as Arnold faces off with the liquid metal T-1000 in order to protect the future. Both film are fantastic, and worth revisiting on the big screen!