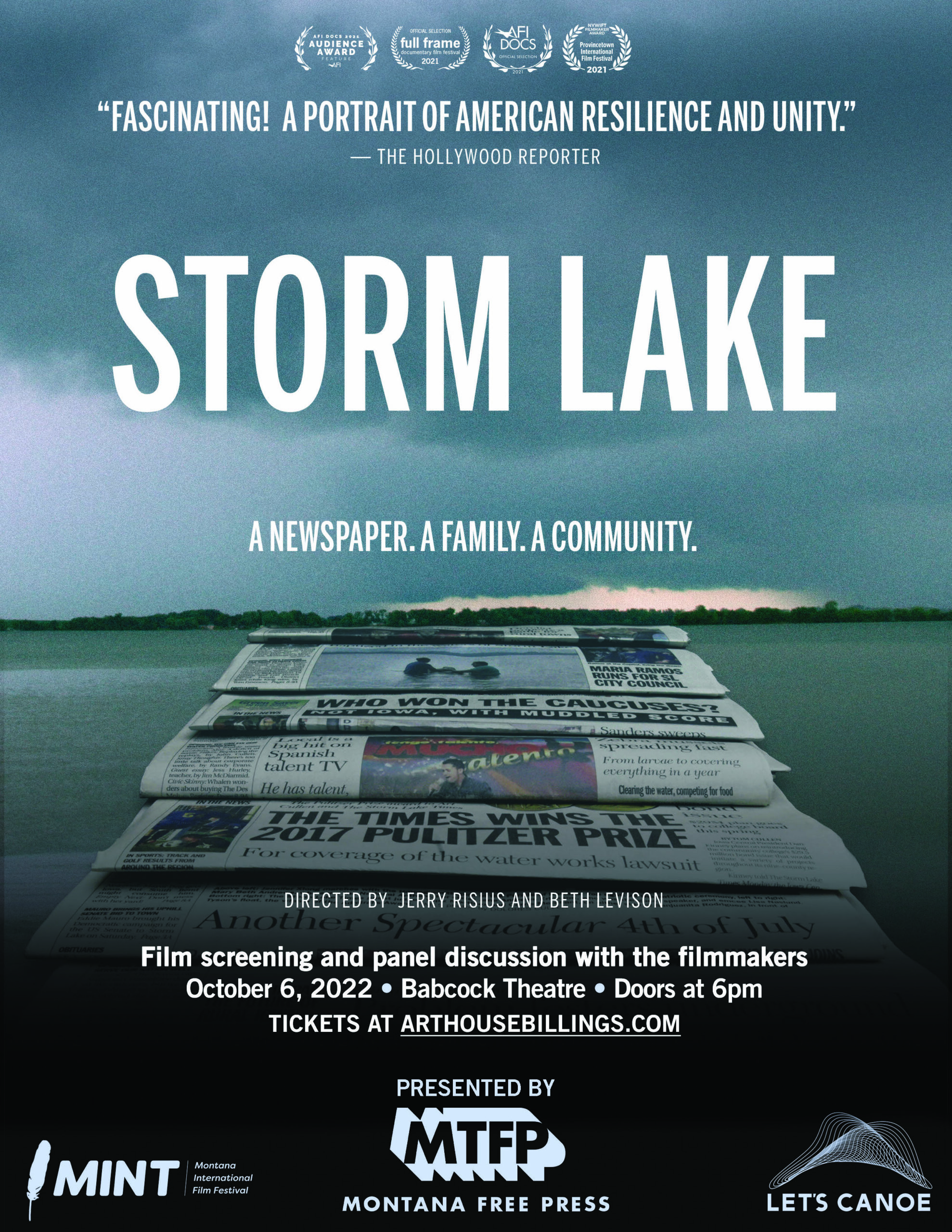 What’s at stake when communities lose their local source of information and news? Find out by joining Montana Free Press on October 6 to watch the story of Pulitzer Prize–winning journalist Art Cullen and his family as they fight to unite and inform their rural Iowan farming community through their biweekly newspaper, The Storm Lake Times.

In partnership with the Montana International Film Festival, MTFP presents a screening of the Peabody- and Emmy-nominated documentary film, Storm Lake, followed by an onstage panel discussion with special guest appearances by Art Cullen himself and the film’s director, Beth Levison, in conversation with MTFP’s founder, John Adams.

Doors at 6:00
Film begins at 6:30
Panel discussion to follow

About the hosts:
Montana Free Press is an independent, nonprofit source for in-depth Montana news, information, and analysis.
Montana International Film Festival is an organization based in Billings, MT working to connect Montana through film and education from around the world.