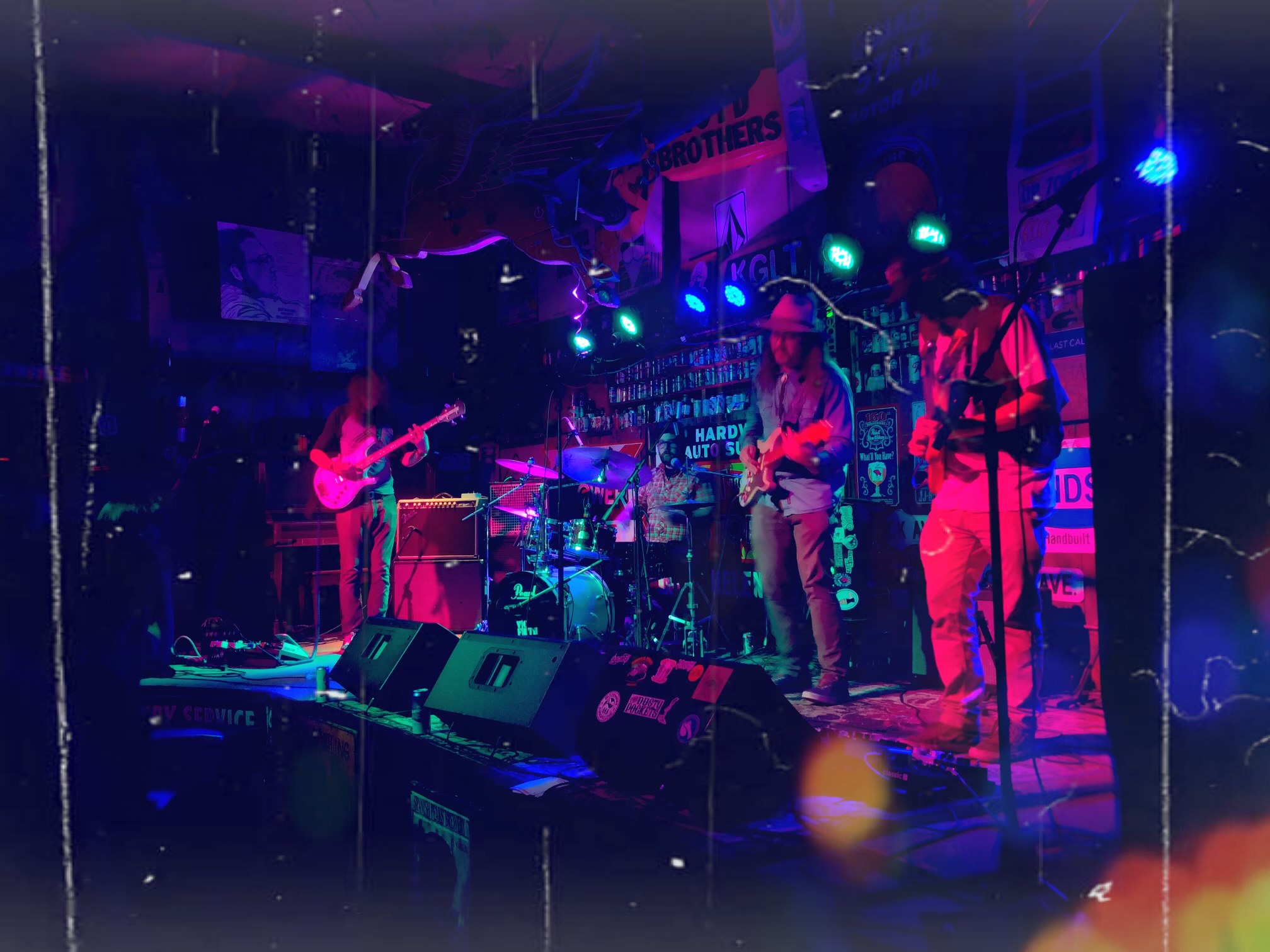 Get tickets! $8 advance, $10 at door.
“STiLGONE is a Bozeman based band that plays a unique fusion of genres, spanning funk, soul, hip hop, reggae, psychedelic rock and more. While covering so many styles they manage to create a cohesive sound that is uniquely their own.

Their live shows are an immersive trip through detailed soundscapes, danceable grooves, and the lyrics of songwriter and guitarist Symon Palmer, who founded the band originally In 2016. Since then STiLGONE has gone on to play many of their own events, as well as supported nationally touring acts such as Deltron 3030, Nappy Roots, Kyle Hollingsworth Band, and Michal Menert.
In 2021, after a multiple year hiatus, the band reformed with some new additions to the line up as well as the repertoire. The current line up is Symon Palmer on guitar and lead vocals, Keelan Evins on Drums and backup vocals, Chris Cowan on lead Guitar, and Carl Hansen on Bass. They are also frequently joined by long-time STiLGONE keyboardist Cal Treadway.”
+ Google Calendar+ Add to iCalendar