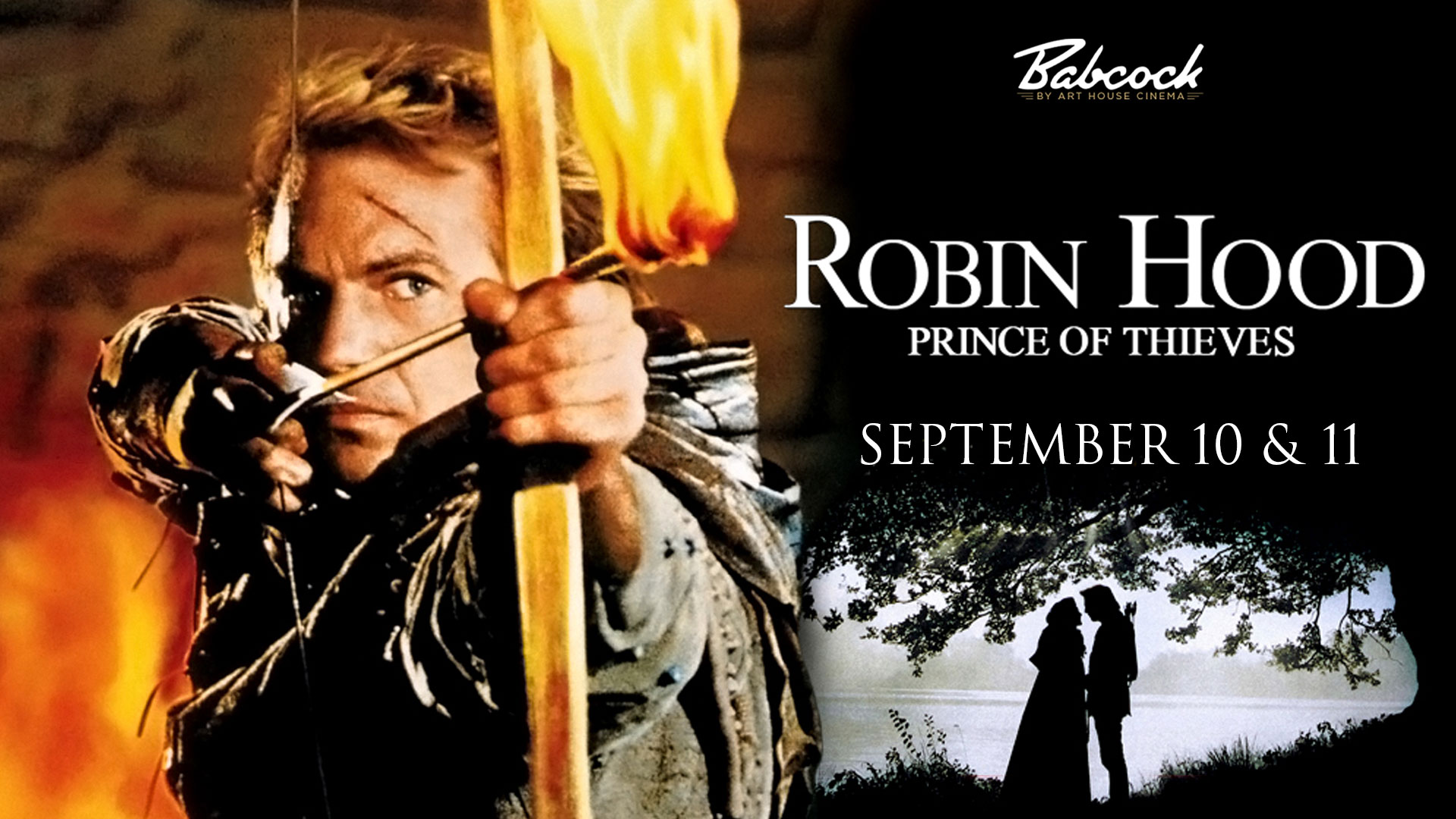 It’s the 30th Anniversary of one of the biggest and Bryan Adams-iest adaptations of the legend of Robin Hood ever! A smash hit upon release, Robin Hood: Prince of Thieves brings the action, the adventure, and the romance with Kevin Costner as the titular hero, accompanied by Morgan Freeman’s Azeem and Christian Slater’s Will Scarlet, as the face down Alan Rickman’s sinister Sheriff of Nottingham. A very 90s reimagining that, while perhaps showing its age, is likely the last best adaptation Robin Hood has received. Relive this 30 year old blockbuster on the big screen!