Rebel Without A Cause | Babcock Theatre 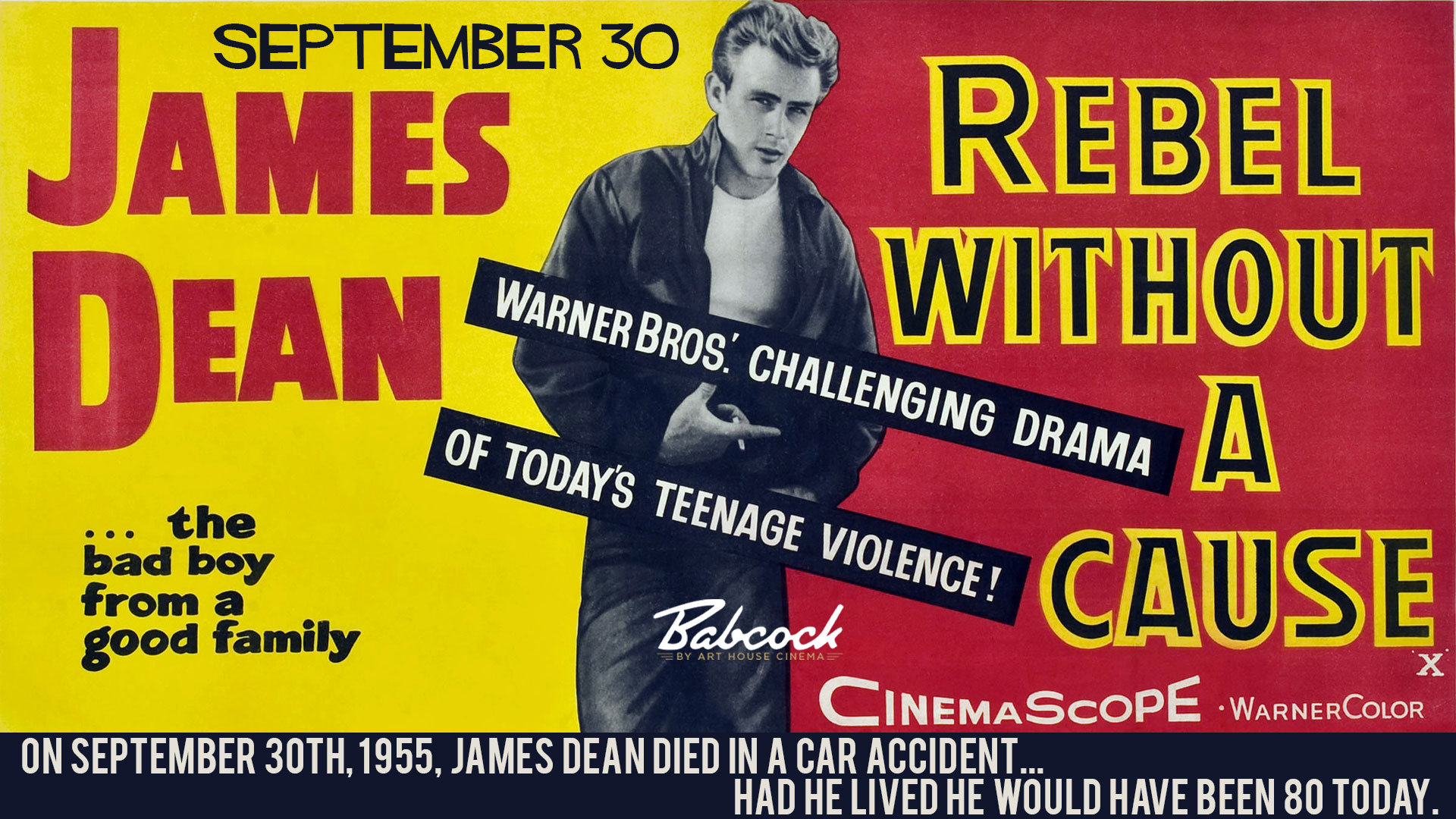 On September 30th 1955, barely a month before the release of Rebel Without A Cause, James Dean died in a car accident. Had he lived to 2021, he would’ve been 80.
An iconic film that showcases the talents of this young rising star, Rebel Without A Cause is a coming-of-age film centering on a troubled new kid in school as he tries to prove himself to the tough guys, but finds love and admiration from friends that surpasses the love he finds at home. A one of a kind film from master director Nicholas Ray that continues to be the shining star of Dean’s all too short filmography. No better place to revisit this classic than at the Babcock (except maybe the Griffith Observatory)!
GET TICKETS
+ Google Calendar+ iCal Export