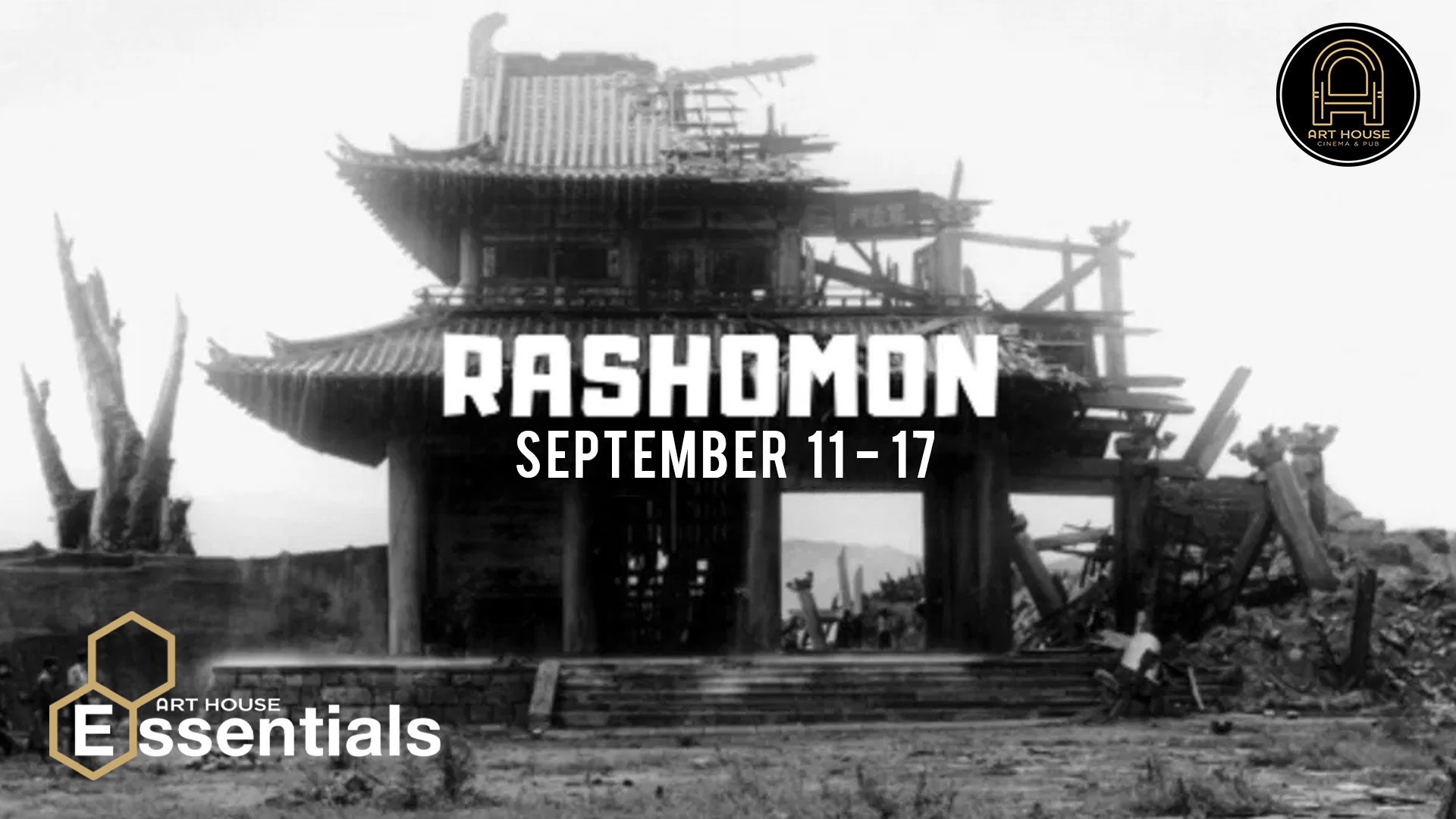 Art House is pleased to introduce Art House Essentials – a new series featuring the fundamental indie and foreign films that birthed the arthouse movement.
To kick off this series we bring you Japanese auteur Akira Kurosawa’s seminal crime drama RASHOMON. An essential work that all cinephiles should embrace. A riveting psychological thriller that investigates the nature of truth and the meaning of justice, Rashomon is widely considered one of the greatest films ever made. Four people give different accounts of a man’s murder and the rape of his wife, which director Akira Kurosawa presents with striking imagery and an ingenious use of flashbacks. This eloquent masterwork and international sensation revolutionized film language and introduced Japanese cinema—and a commanding new star by the name of Toshiro Mifune—to the Western world.
Please note there will be safety guidelines to follow, and we will be limiting seating to 20 per screening.
GET TICKETS NOW
arthousebillings.com/rashomon/
+ Google Calendar+ iCal Export

Enjoy the first day of Autumn 🍂 • The shops

This Saturday is the 2020 Virtual #purple5k Social

Have you noticed how absolutely beautiful the down

Did you know billingsarmynavy surplus store is the

Local businesses are owned and ran by people who l