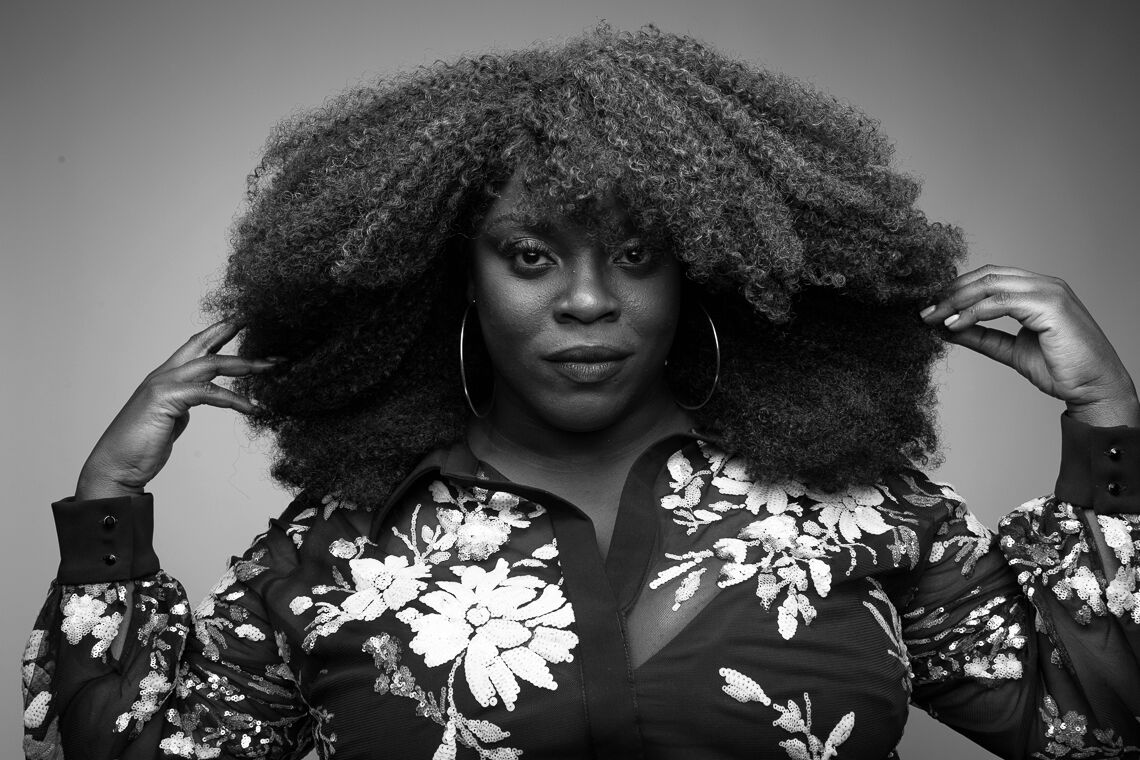 YOLA
The Dan Auerbach-produced album is a contemporary twist on a traditional sonic tapestry of orchestral strings, fiddle, steel, and shimmering tremolo guitars. Walk Through Fire is a career-defining and genre-bending release from one of the most exciting emerging British artists in music today. Yola’s arresting vocals captivate with sincere tales of heartache and loves lost, forgotten, and broken.

Amythyst Kiah
Born in Chattanooga and now based in Johnson City, Amythyst Kiah’s commanding stage presence is matched by her raw and powerful vocals-a deeply moving, hypnotic sound that stirs echoes of a distant and restless past.
Accompanied interchangeably with banjo, acoustic guitar, or a full band, her eclectic influences span decades, finding inspiration in old time music, alternative rock, folk, country, and blues.
Our Native Daughters, her recent collaboration with Rhiannon Giddens, Leyla McCalla, and Allison Russell (Birds of Chicago), has delivered a full-length album produced by Rhiannon Giddens and Dirk Powell, Songs of Our Native Daughters (out now on Smithsonian Folkways). NPR described the opening track, “Black Myself”, written by Amythyst, as “the simmering defiance of self-respect in the face of racism.” The supergroup will hit the road in July with a series of special dates that include performances at Washington D.C.’s Smithsonian Museum of African American History & Culture as well as Newport Folk Festival. Most recently, the group has been nominated for Duo/Group of the Year at the 2019 Americana Honors & Awards.
Amythyst regularly tours the United Kingdom and has performed at Celtic Connections, Southern Fried Festival, Cambridge Folk Festival, the Edinburgh Jazz & Blues Festival, and SummerTyne Americana Festival. She is a crowd favorite at Bristol Rhythm & Roots Reunion in the U.S. and has shined at the John F. Kennedy Center for Performing Arts, Smithsonian Folk Life Festival, Winnipeg Folk Festival, and opening for artists such as the Indigo Girls, Rhiannon Giddens, Dom Flemons, Old Crow Medicine Show, First Aid Kit, Darrell Scott, and Tim O’Brien.
Provocative and fierce, Amythyst’s ability to cross boundaries is groundbreaking and simply unforgettable.

“Instead of making you fit Pilates, I make Pilat