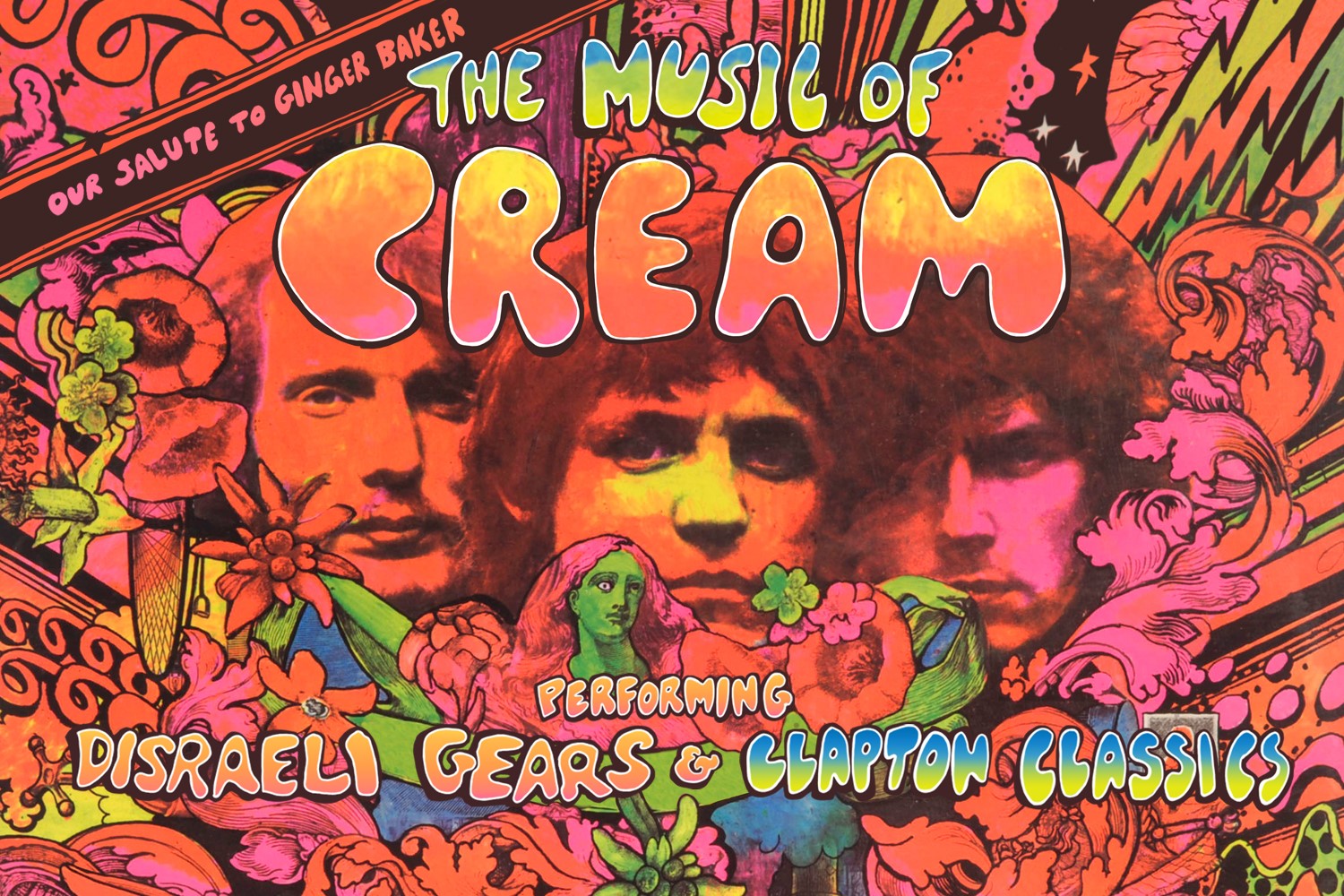 More than 50 years since their earth-shattering arrival onto the British music scene, the pedigree of hallowed 60’s supergroup, Cream, come together to honor the legendary band’s landmark album, Disraeli Gears. Performed in its entirety, the first set will be
followed by hits and rarities from Cream, Clapton and Blind Faith. Kofi BAKER (son of Ginger) and Will Johns (nephew of Eric and son of Zeppelin/ Stones/Hendrix engineer Andy) unite with master musicians Sean McNabb and Chris Shutters to unleash the lightning that electrified a generation. This immersive live show, featuring personal stories and rare footage, offers a backstage pass like no other.