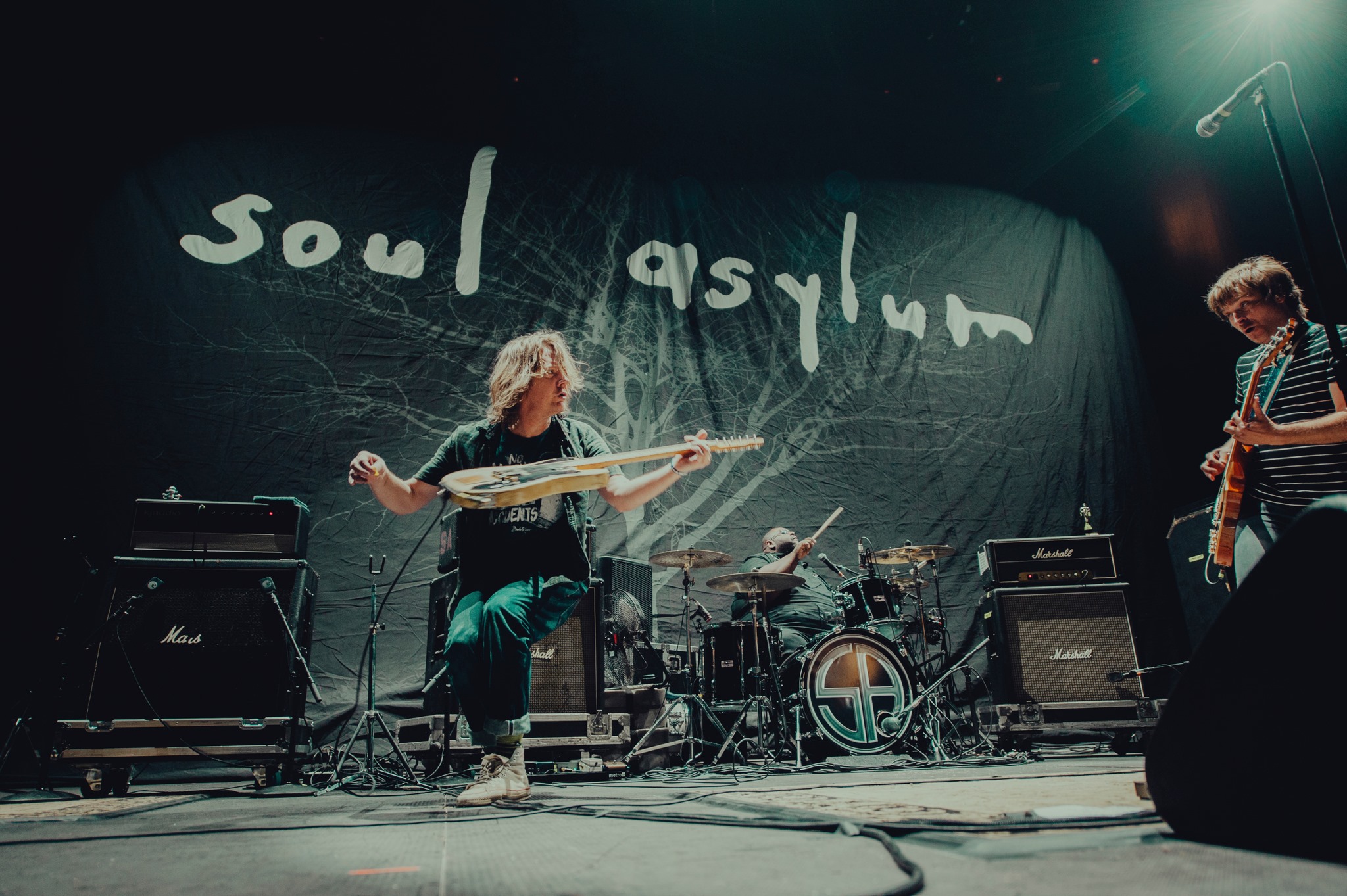 Soul Asylum initially formed in the early ’80s under the name Loud Fast Rules when vocalist/guitarist Dave Pirner was still in high school, cutting their teeth as part of the celebrated Minneapolis local music scene. The band entered the major-label mainstream with 1988’s Hang Time and its 1990 follow-up, And the Horse They Rode In On, before achieving a commercial breakthrough with 1992’s triple-platinum Grave Dancers Union. That album spawned several international hits, including “Runaway Train,” which won a Grammy Award for Best Rock Song, and “Black Gold,” and made Soul Asylum alternative radio and MTV staples. In the ensuing decades, the band—which also includes drummer Michael Bland, lead guitarist Ryan Smith and bassist Winston Roye—has released a steady stream of albums, including 2020’s Hurry Up And Wait. The latter reflects Soul Asylum’s usual eclectic approach: thrashing songs indebted to punk (“Hopped Up Feelin'”) and classic rock (“Got It Pretty Good”), folk-influenced pop-rock (“Silly Things”), and gorgeous jangle-pop (lead single “If I Told You”).

Local H is known for their blistering live shows and for pioneering the two-man band set-up — frontman Scott Lucas covers both guitar and bass through an extra pick up in his guitar and drummer Ryan Harding pounds out the rest of the sound. While they have earned praise in the past for their catalog of clever concept albums, Local H are forgoing a singular theme on their new album — Hey, Killer (out April 2015 on G&P Records) — turning out a non-stop blast of straight-up, hooky, guitar-heavy rock songs — each one catchier than the last. The band’s discography includes seven other studio albums, a live album, and a bunch of EPs. Harding joined Local H in 2013, after years spent playing in Minneapolis bands Left Brain Heart and Bruder, and fit right in. His first recording with Local H was a heavy, rocking reinterpretation of Lorde’s “Team,” title track of the EP released in 2014.

Local H’s widely praised 1998 concept album Pack Up the Cats earned a spot in SPIN magazine’s top 20 albums of that year. The band was named “Chicagoans of the Year” by the Chicago Tribune for their 2008 break-up album, 12 Angry Months, more than a decade after their breakthrough hit “Bound for the Floor” ruled the Modern Rock charts. This April, Local H celebrated the 25th anniversary of their first show (4/19/1990).