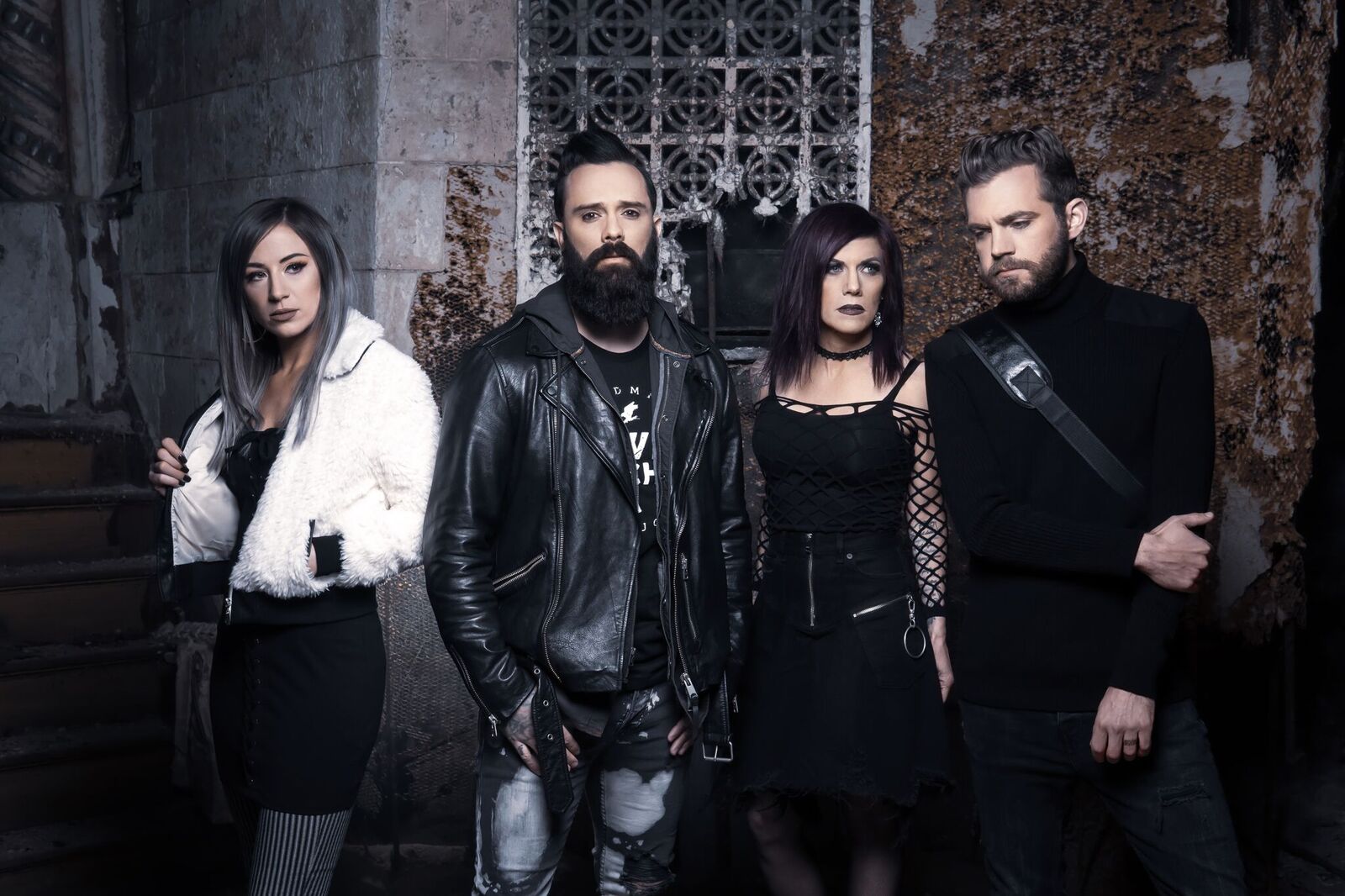 In many ways, the title encapsulates a shared mindset for the musicians.
“Victorious perfectly describes how the record makes me feel,” affirms John. “You wake up, face your own demons every day, and never give in. There’s an introspective side to it. We might’ve commented on the world explicitly on previous albums. This one is about looking inward. Perhaps, it’s because I’ve gotten a little older, and I’ve accepted struggle as part of the journey. When I listen to these songs, I want to fight for my life, I want to fight for who I am, and I want to fight for what I believe in.”
This undying spirit humbly asserted and affirmed Skillet as one of this generation’s most successful rock acts. However, as all classic underdog stories do, it happened quietly under the radar. By 2019, they not only garnered a pair of GRAMMY® Award nods and sold over 12 million albums worldwide, but they also took home a Billboard Music Award for the double-platinum Awake. Its breakout single “Monster” remains “one of the most-streamed rock songs of all-time” with 285 million global audio streams. 2016’s Unleashed bowed at #3 on the Billboard Top 200. Going #1 on Rock Radio, the lead single “Feel Invincible” cracked 150 million global audio streams and went platinum. Meanwhile, the gold-certified Unleashed became their fourth consecutive album to receive either a gold, platinum, or double-platinum plaque. To date, nine original tunes earned RIAA recognition in tandem with high-profile syncs by everyone from WWE and Marvel to ESPN and NFL. Between selling out arenas on four continents, the group performed on CONAN and graced the pages of USA Today and New York Times, to name a few. In 2018 alone, the band clocked 1 billion streams.
In the wake of this runaway success, they capitalized on a flurry of creative inspiration. Galvanized by this chapter, they re-upped their last offering with a popular special edition, Unleashed Beyond, in 2017 and flexed their production prowess outside of Skillet. Korey produced Jen’s well-received debut as Ledger in 2018. Meanwhile, John wrote, recorded, and produced the debut Still Breathing EP for his metal outfit Fight The Fury……