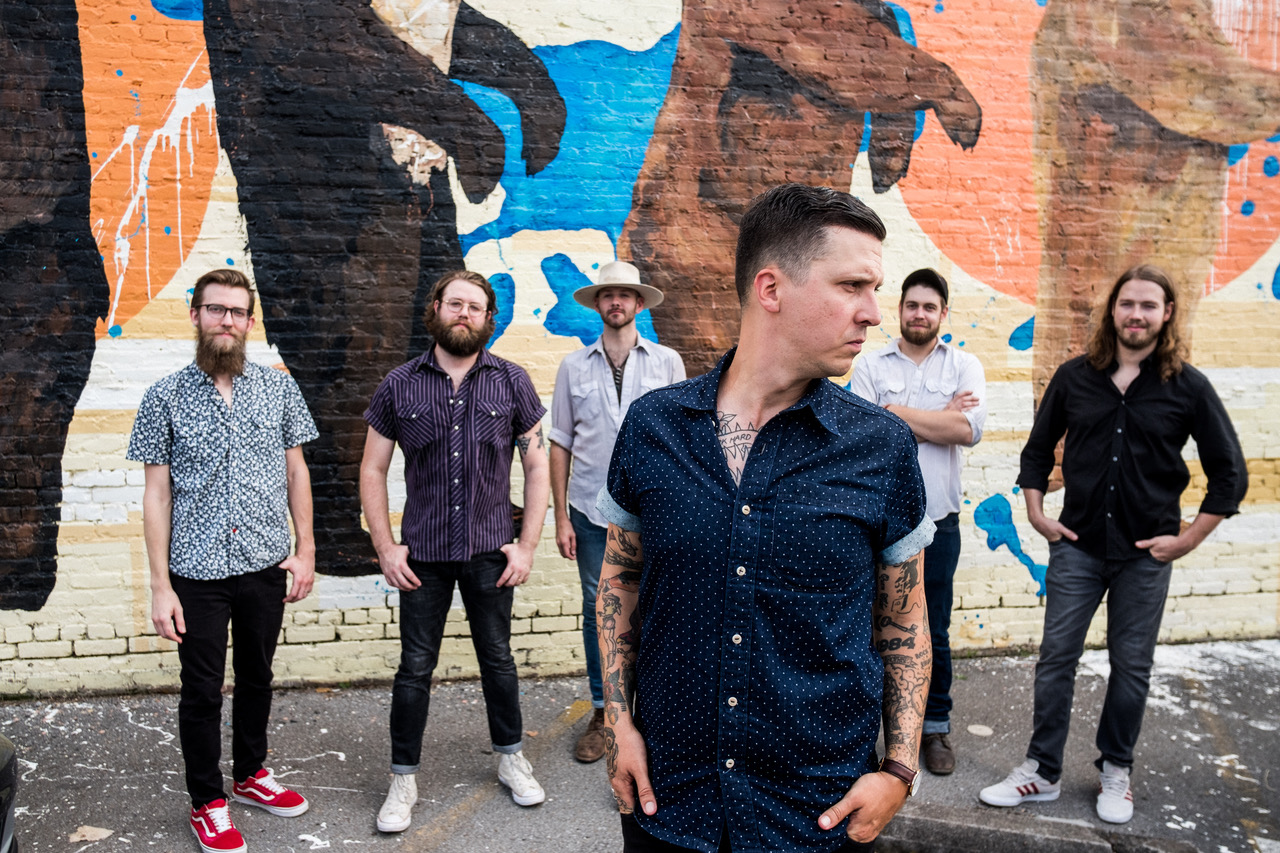 In the lush tobacco fields of North Carolina where BJ Barham was raised, people work hard. Families stay nearby, toiling and growing together. BJ loves those farms and his tiny Reidsville hometown, but he had to run off and start American Aquarium, a band now beloved by thousands.

BJ couldn’t stay. But he couldn’t really leave, either: he’s still singing about the lessons, stories, and lives that define rural America––and him.

“I moved to the big city to go to college and fell in love with music,” BJ says. “But half the songs on our record are about small towns––little pieces of my childhood. I’ve had moments where it turns out a piece of broken English my father repeated twice a week is the most accurate way to say something. So I put it in a song.”

“In my early 20s, I was not as hopeful,” BJ says. “Now, as I’m getting ready to become a father, I think I have to be hopeful––especially with the situation our country is in now. For her sake, I have to be positive.” He pauses. “Her” is his daughter, due in the spring of 2018. BJ adds, “Being self-aware has always been a blessing and a curse. But that’s what’s always made my songwriting relatable to people. I don’t hold back. I’m almost too honest.”

BJ’s candor has fueled American Aquarium’s runaway appeal, visible most clearly in consistently sold-out shows across the country and throughout Europe – between 200 and 250 dates a year.  Much has changed for the band and BJ since their acclaimed last effort, Wolves. In 2017, every American Aquarium member save BJ quit the group. American Aquarium has featured about 30 players since BJ founded the outfit in 2006, and while each member has left indelible marks, the band has always been anchored by the literary songs and sometimes roaring, sometimes whispering, drawl of BJ Barham. BJ’s personal life also underwent seismic shifts: He got sober. He got married. Soon, he’ll be a dad.

Featuring a new band lineup that includes Shane Boeker on lead guitar, drummer Joey Bybee, bassist Ben Hussey, and Adam Kurtz on pedal steel and electric guitar, as well as a reinvigorated frontman in BJ, Things Change is American Aquarium’s first release on a label after selling thousands of records on their own. “As an artist, your goal is for the newest thing you do to be better than the last. You’re slowly whittling away the bullshit to try and get to the truth,” BJ says.

“With this album, I learned how to cut some of that fat so that it’s just truth. It’s our best record.” Recorded at 3CG Records in Tulsa, Oklahoma, Things Change was produced by Grammynominated singer-songwriter John Fulbright and features cameos from Americana standouts including John Moreland and Jamie Lin Wilson. Brazen album opener “The World is on Fire” is a richly layered rock-and-roll anthem that documents BJ and his wife’s stunned reaction to the last presidential election. Emotional and conversational, the song taps into widespread feelings of confusion and fear: “She said, ‘What are we going to do? What’s this world coming to?’ / For the first time in my whole life, I stood there speechless.” But what begins as despair builds into defiant faith, as BJ growls a call to action to cap off one of his favorite songs he’s ever written. “I’m complaining about the state of things, and then the third verse almost serves as a challenge to myself: hey, you’re in charge of another human being. You can create change,” he says.

Driving rock-and-roller “Crooked + Straight” explores the small-town consequences of questioning religion, and the tightness of family in the face of one member’s rejection. His father’s advice anchors the song. “I come from a blue-collar family. I’m the only one who didn’t go into farming. I learned if you want something, you have to go out and take it. You can’t expect anything from anybody,” BJ says. “You can only go out there and work harder. My dad always said you can outwork anybody else.” Love for hard work and the people who carry it out appears repeatedly throughout Things Change. Guitar-heavy “Tough Folks” is a snarling ode to those with dirt under their fingernails, while bass- and pedal-steel-infused “Work Conquers All” spins a tale in praise and pursuit of Oklahoma’s state motto.

The album’s love songs are the kind of achingly beautiful that only comes with maturity and a willingness to expose one’s own flaws. Haunting “Shadows of You” recalls a lover’s flight as the protagonist longs for what he let get away. Gorgeous “Till the Final Curtain Falls” celebrates loyalty and pledges endless devotion. The moving title track takes an often doleful topic–– people’s tendency to change––and turns it on its head, tracing BJ’s personal growth and recognizing his now-wife’s steadfast love.

BJ’s other two favorite tracks are album standouts. Moving “When We Were Younger Men” addresses the break-up of American Aquarium head on. As BJ professes love for his former bandmates over stripped down acoustic guitar, his voice is honeyed and deep. “It’s an open letter to five guys who I spent eight years of my life with seeing the entire world,” BJ says. “I think anyone who has ever had to walk away from a friendship or has had somebody walk away from them will relate to the song.” Stunner “One Day at a Time” is self-perceptive and vulnerable, detailing BJ’s battles with himself. Even within his career full of well-written gems, the song is a towering accomplishment.

“At the end of the day, if you’re not writing songs to affect other people’s lives, you’re in it for the wrong reasons,” BJ says, reflecting on the new album, where he’s been, and where American Aquarium is headed. “Money may come and go. You may never get fame. But if you sit down and write songs to affect people, you can do it your whole life and be happy.”

Sometimes you just need a little something extra i

The BID Street Team will now be sporting these bra