Mission: Impossible at the Babcock 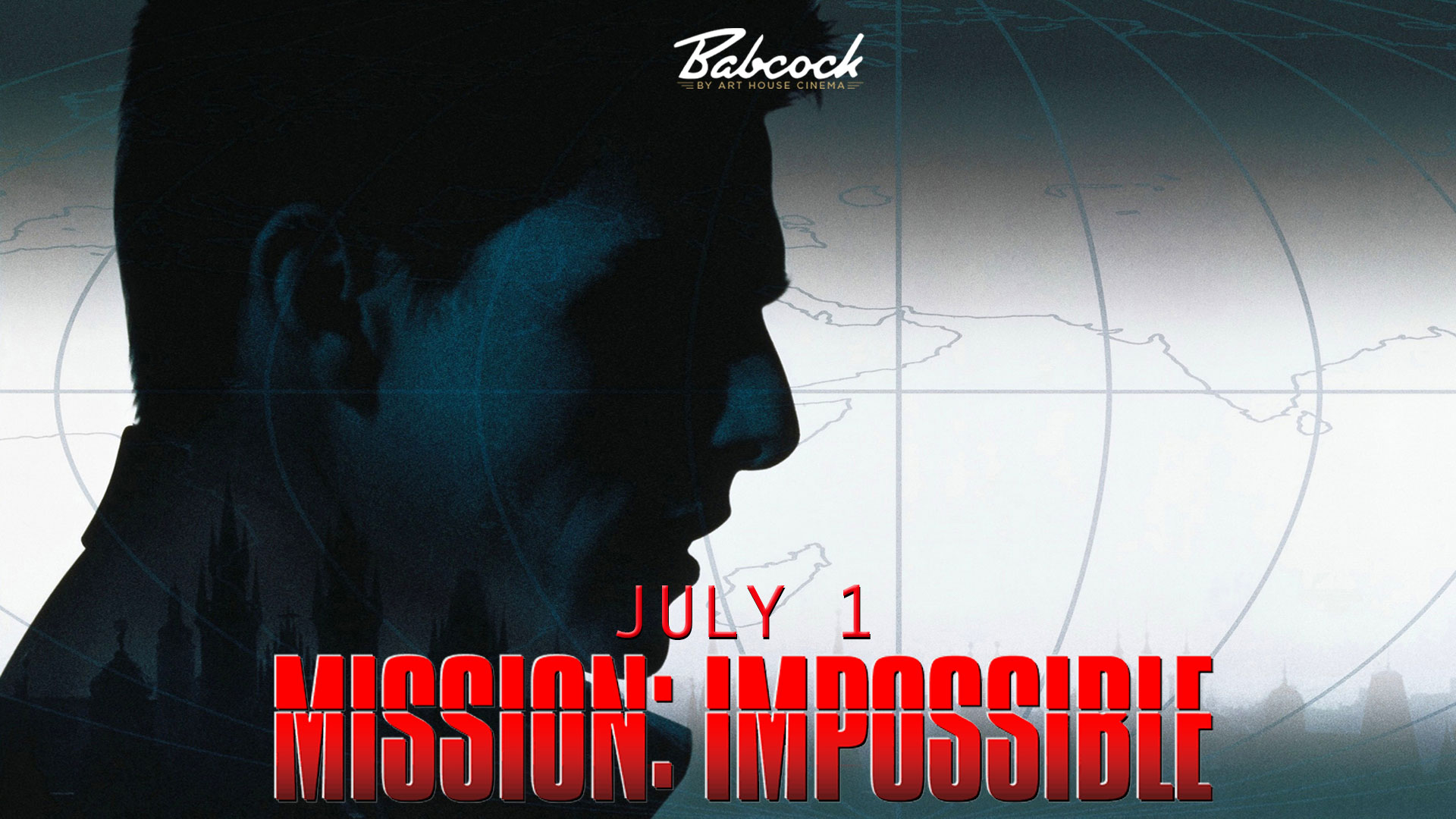 Hard to believe that the Mission: Impossible franchise is turning 25 this year. Brian De Palma’s first entry into the long running series is a true spy thriller masterpiece that took a bold new direction with launching a film version of a beloved television series. Since then we’ve seen each new entry up the ante and become increasingly more death defying for Tom Cruise. Relive the breakout action adventure on the big screen at Babcock for one night only!