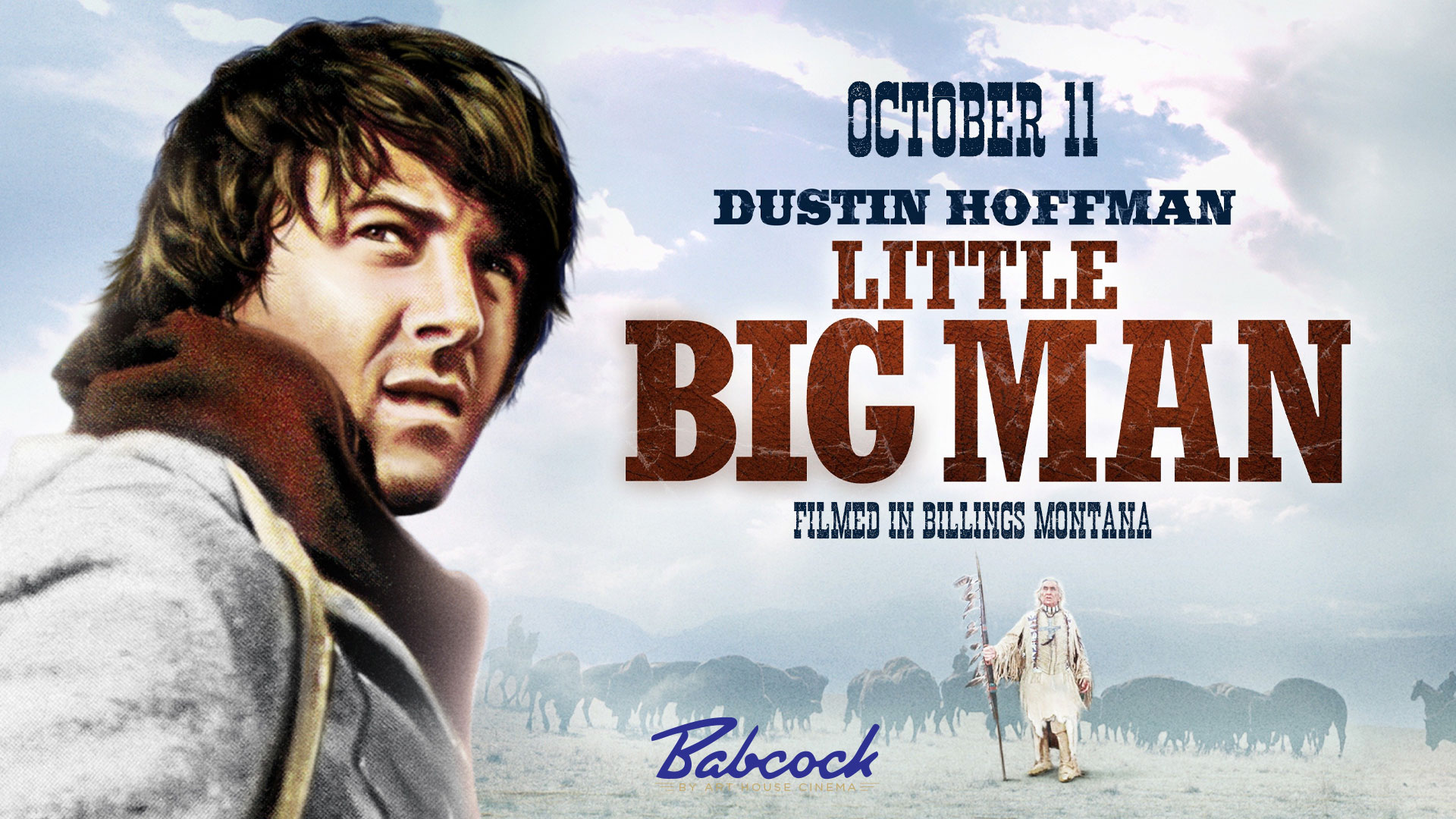 Join us October 11th for a special Indigenous Peoples’ Day screening of Arthur Penn’s adaptation of the novel Little Big Man, shot right here in Billings and on the Crow Reservation! Follow Dustin Hoffman’s 121 year-old Jack Crabb as he reflects on his life being raised by Native Americans, adopted by evangelicals, becoming a gunslinger, and fighting at Little Big Horn in this tall tale journey through western history. Introducing the film we’ll have retired Professor Emeritus of the Native American Studies program at MSUB and adopted member of the of the Crow Tribe, C. Adrian Heidenreich, Ph.D., as he describes the history of this production and significance of the representation of Native American and the Battle of Little Big Horn in the film.