Jon Axline Author Event at This House of Books 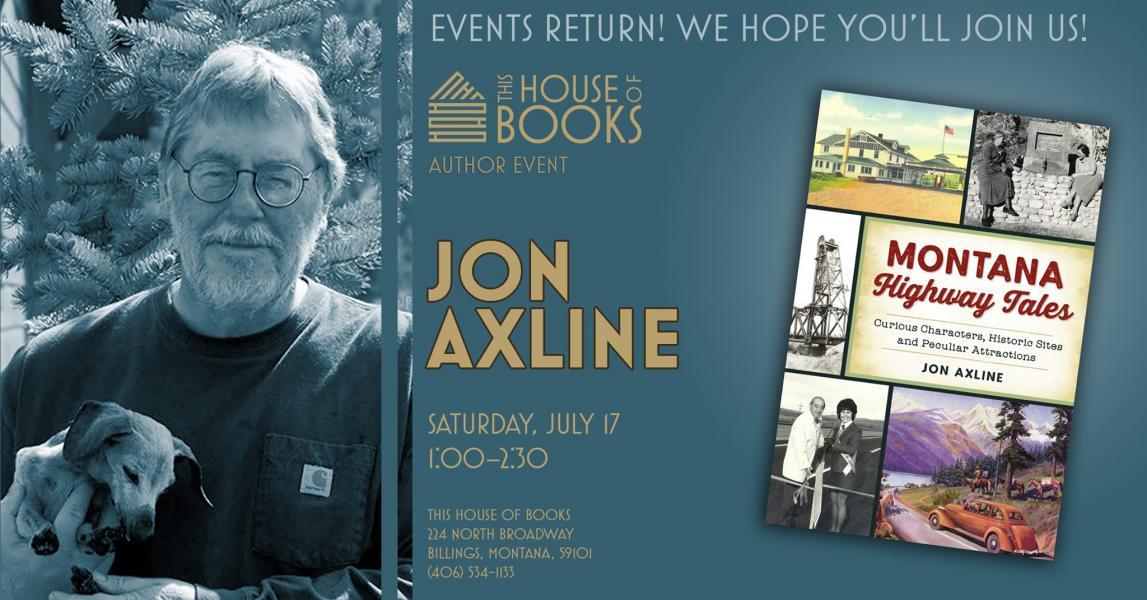 Much of Montana’s exciting history is visible from its storied highways. Visit a segment of the historic Bozeman Trail overlooking Virginia City, where vigilantes hanged public nuisance Joseph Alfred Slade just as his wife attempted a horseback rescue. Discover the saga of adultery, attempted murder and eventual triumph that occurred at a single stone building in the Browns Gulch area of Butte. On Highway 308 east of Red Lodge, learn more about the tragic 1943 Smith Mine disaster, where a methane explosion trapped and killed seventy-three miners. The catastrophe triggered investigations at the state and national level that resulted in improvements in mine safety. With more than two dozen stories, historian Jon Axline provides a front-seat view of the Treasure State’s thrilling past, forgotten characters and overlooked oddities found by the wayside.

Jon Axline has been the historian at the Montana Department of Transportation since 1990.

@toadnwillow has been a downtown retail location s

VOLUNTEERS NEEDED 👋 Can you lend a hand? We n

Let’s talk history for a second. There are only

Downtown Summer Sounds is July 31. Will you be the