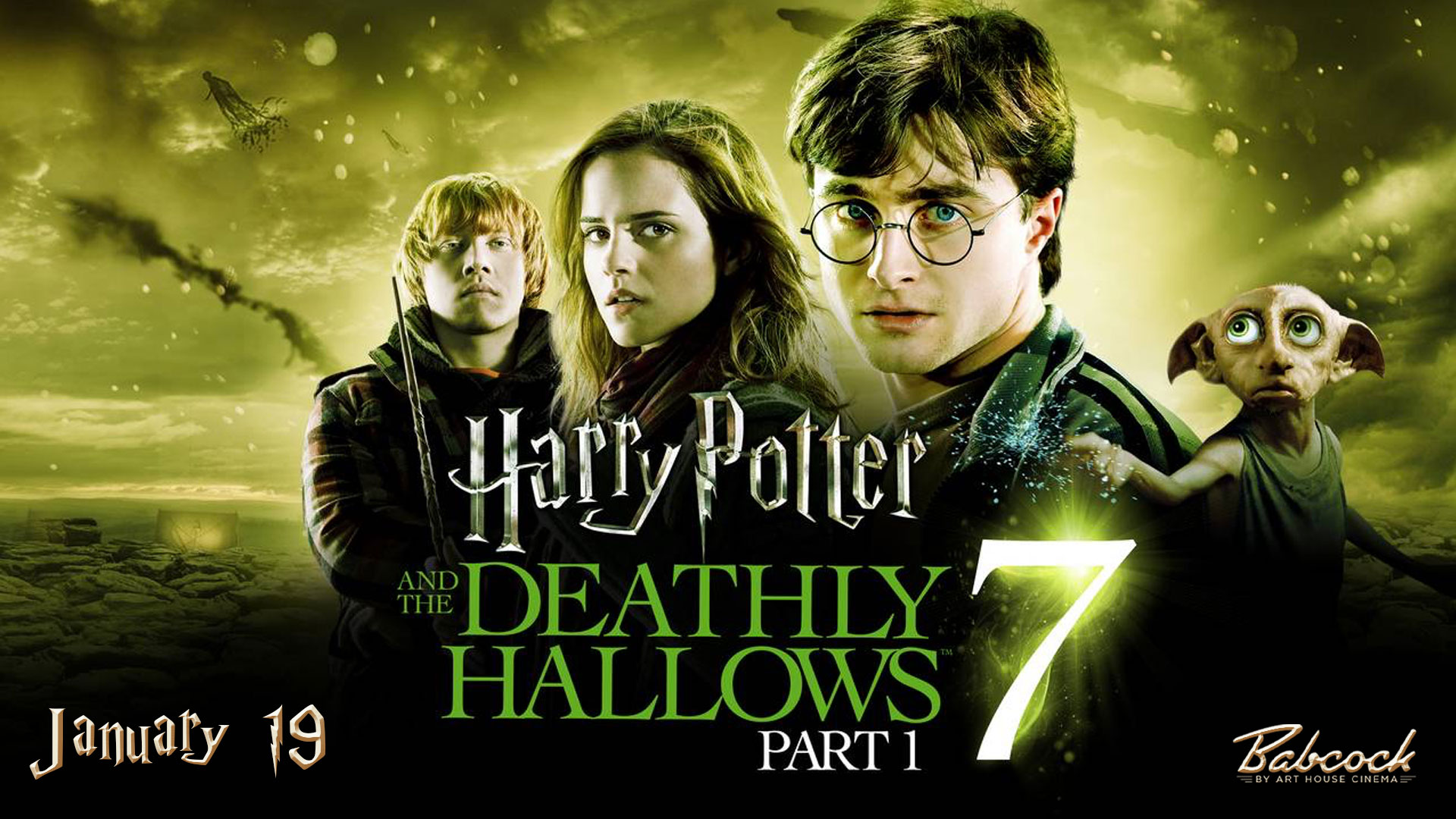 Wizarding Wednesdays (and a Thursday)! Parts V thru VIII this January at The Babcock Theatre | Films start at 6:30pm

Sorry we had to delay these! The first installment in the Harry Potter cinematic universe turns 20 in 2021 (and the last turns 10), and the Babcock wants to celebrate by bringing back this beloved fantasy franchise back to the big screen with Wizarding Wednesdays! After playing the first four films in September, we conclude the saga in January with parts 5, 6, and 7 playing on Wednesdays, and the final film playing the Thursday after part 7 (cuz they’re parts of the same book and all)! Hope to see you at the conclusion of this fantastic film franchise.