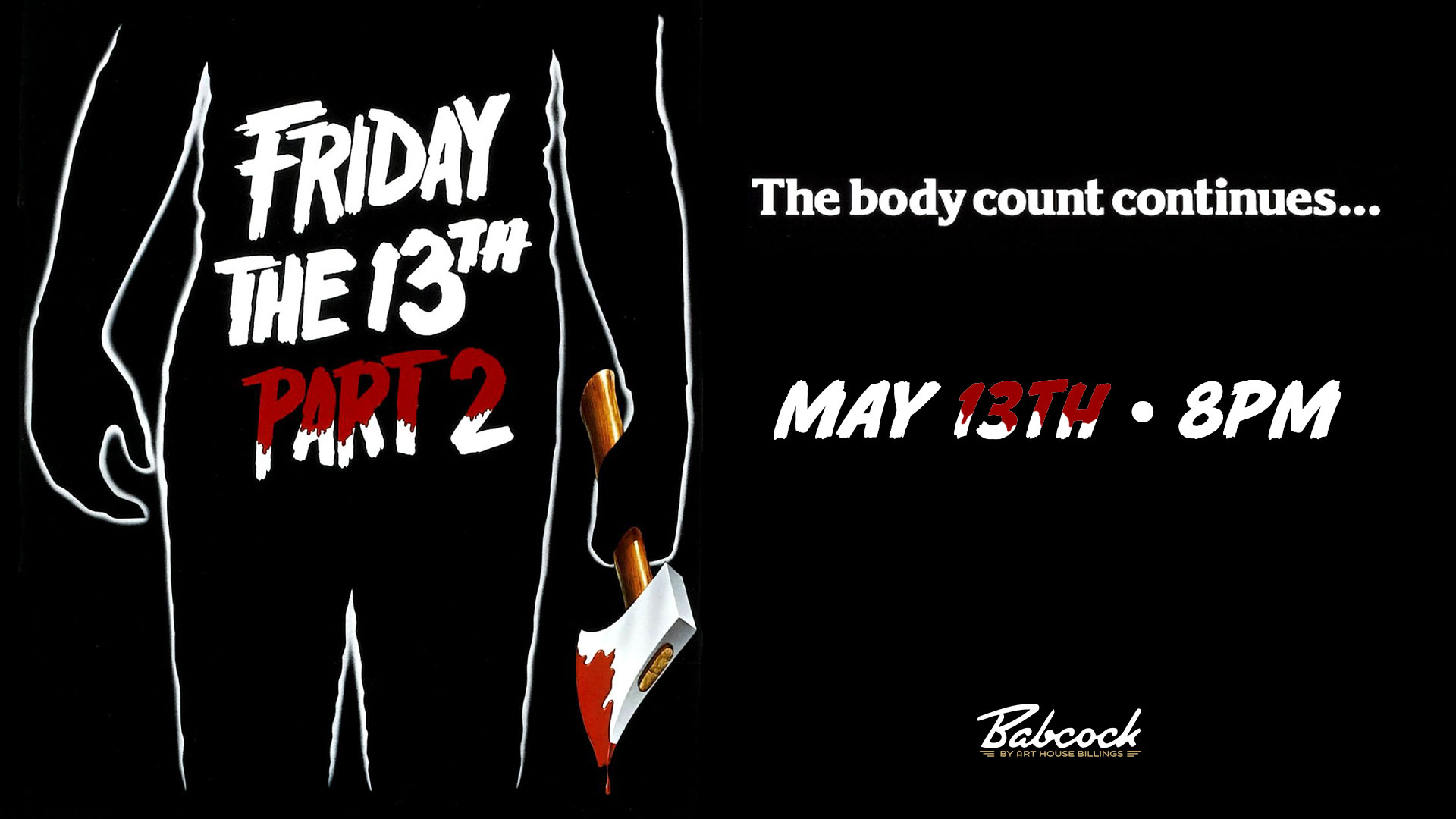 One down…now it’s time for Part 2!
Who says Friday the 13th is unlucky? How about a new tradition? Every Friday the 13th we’re working our way through the Jason Voorhees universe (Freddy vs. Jason and the 2009 remake excluded…for now) as we aim to break the superstition and congregate at Camp Crystal Lake and sacrifice these cinematic teenagers to an increasingly grizzly demise. A slow march forward from 1980’s Friday the 13th on August 13th, 2021 until we arrive in space with Jason X on November 13th, 2026, leaving a trail of mayhem in between. Strap in, it’s gonna be a bumpy ride!
GET TICKETS
arthousebillings.com/fri13
+ Google Calendar+ Add to iCalendar