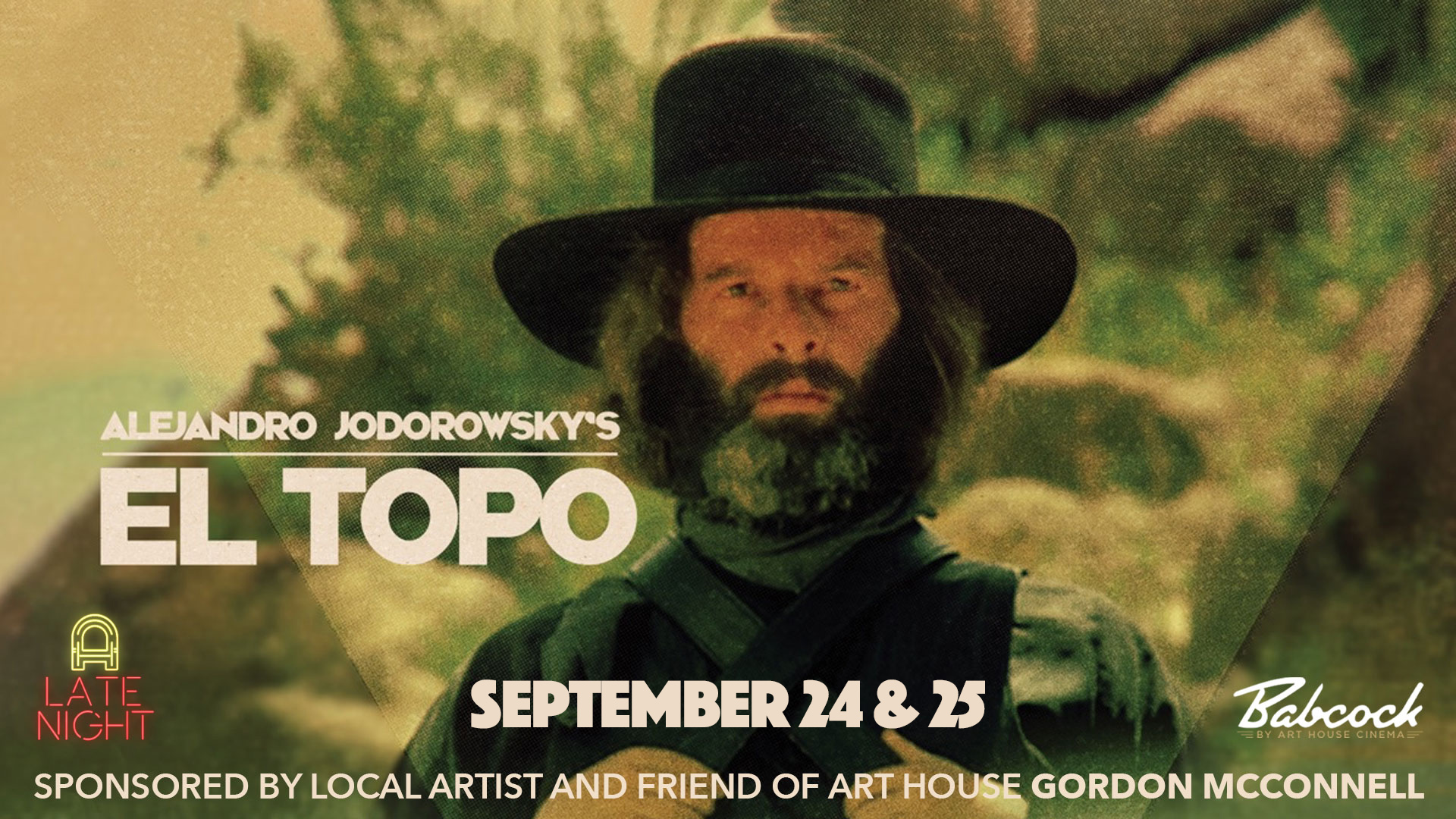 Sponsored by local artist and friend of the Art House GORDON MCCONNELL!
A psychedelic western from the master of surreal psychomagic realism, Alejandro Jodorowsy! In 1970, John Lennon & Yoko Ono helped bring Jodorowsky’s El Topo to America, and with it came the birth of the “midnight movie.” A spiritual, meditative, gruesome, controversial, dreamlike fantasy that blends spaghetti western, Christian symbolism, Eastern philosophy, and Dadaist art. Join our black clad gunslinger on a quest for enlightenment in this strange masterpiece and historic milestone of late night programming. It’s unlike anything you’ll ever experience (except maybe another Jodorowsky film).
GET TICKETS
+ Google Calendar+ Add to iCalendar