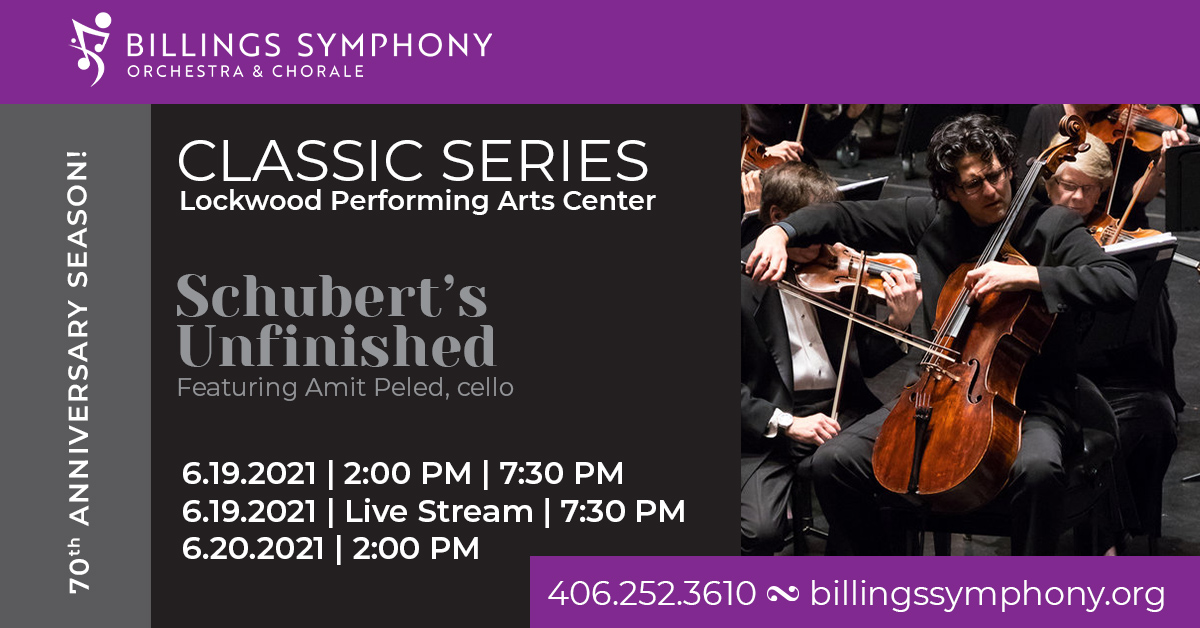 *Postponed from October 24th and 25th* 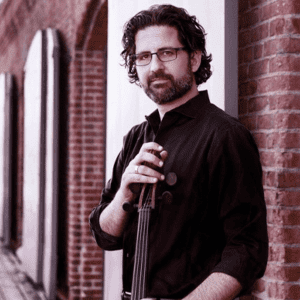 Israeli-American cellist, conductor, and pedagogue Amit Peled, a musician of profound artistry and charismatic stage presence, is acclaimed worldwide as one of the most exciting and virtuosic instrumentalists on the concert stage today. At 6′5″, Peled started life as a basketball player and was called “larger than life” and “Jacqueline du Pré in a farmer’s body” when he enveloped his cello. Peled strives to break down the barriers of the concert hall, about which The Baltimore Sun wrote, “His amiable and inviting personality is exactly the type everyone says we’ll need more of if classical music is to survive.” From 2012 through 2018, Peled performed on the Pablo Casals 1733 Goffriller cello, which was loaned to him personally by Casals’ widow, Marta Casals Istomin. He was also named Music Director for CityMusic Cleveland for the 2019-2020 season.

In February 1871, as Paris began to recover from the Franco-Prussian war, the new Société Nationale de Musique—of which Saint-Saëns was a founder—promoted its first concert under the banner ‘Ars gallica,’ and the impetus was thereby given to young French composers to outdo the Germans in every way possible. It was partly pressure from the Société that pushed the staid Concerts du Conservatoire into accepting the premiere of Saint-Saëns’s first cello concerto in January 1873, but more the request from the established cellist Auguste Tolbecque, without which, the conductor kindly informed the composer, the work would not have had a hope.

Saint-Saëns broke with convention in writing the concerto. Instead of the normal three-movement concerto form, the score is compact in structure and plays in one continuous movement with three distinct sections. Tunes abound in an orderly way: the main themes of the outer sections move upwards, the second themes downwards. (That is, if the opening cello motif can be called a ‘theme’—the composer’s biographer Brian Rees refers to it as ‘an artefact rather than a melodious outburst.’) The turbulent opening section leads into a delightful minuet, which no doubt reassured Parisian audiences in those troubled times that French culture had survived after all. The return of earlier material in the third movement shows the influence of the cyclic patterns found in the music of Franz Liszt.

This sunny and colorful concerto has always been one of Saint-Saëns’ most popular pieces, and many composers, including Shostakovich and Rachmaninoff, considered it to be the greatest of all cello concertos. Musicologist and conductor Donald Tovey summed up this concerto—chosen by Pablo Casals for his 1905 London debut—with the remark that it is “pure and brilliant without putting on chastity as a garment, and without calling attention to its jewelry at a banquet of poor relations.”

If anyone can be said to have lived to write music, it was Franz Schubert. While he often complained about the difficulty of composition, he could also write with exceptional speed and fluidity, often finishing one work and immediately beginning another. The compositional output of his far-too-short career is staggering: nearly 1000 works, including 9 symphonies, 6 masses, 21 piano sonatas, 15 string quartets, 7 singspiels, 9 operas, a melodrama, the incidental music for Rosamunde, overtures, chamber music, and more than 600 song settings.

Of all his works, a romantic mystique has long surrounded the story of his “Unfinished” Symphony. Schubert composed his Symphony No. 8 (or No. 7, by some accounts) in B-minor in 1822, fully orchestrating the first two movements and some 20 bars of a scherzo. (A full piano sketch of the scherzo exists, but he never completed the orchestration.) The following year, Schubert received an honorary diploma from the Styrian Music Society in Graz. In his acceptance letter, he mentioned a newly composed symphony, and dispatched the manuscript of the B-minor Symphony to his friend, the composer Anselm Hüttenbrenner, after first ripping out the pages with the incomplete scherzo. For reasons unknown, Hüttenbrenner never forwarded the manuscript to the music society, and it lay in a drawer in his study for the next 42 years. A chance remark disclosed the existence of the symphony to the conductor Johann von Herbeck, who persuaded Hüttenbrenner to let him borrow the score, and in December of 1865—some 37 years after the composer’s death—the B-minor Symphony premiered to great critical acclaim.

The “Unfinished” Symphony is not Schubert’s only unfinished work; indeed, not even his only unfinished symphony, but it is the only one in which the extant movements are fully scored. There has been intense speculation about why Schubert never finished the work: illness (late in 1822 he contracted syphilis, which was eventually to take his life); overwork (at the time he was also working on two operas, the incidental music to the play Rosamunde, and the Wanderer fantasy); a reluctance to invite comparison to Beethoven; a fear that he could not sustain the remarkable character of the first two movements. There may be a grain of truth in this last explanation, for the “Unfinished” was certainly unlike any of his previous symphonies. But the most likely explanation is perhaps the simplest: the 25-year-old composer simply lost interest in the work and moved on.

Schubert’s “Unfinished” Symphony appeared on the Billings Symphony’s premier concert in May 1951, under the baton of founding conductor Robert Staffanson. His successor George Perkins was particularly fond of the work, programming in its, er, entirety for the Alberta Bair stage in November 1956, April 1973 and October 1982, and individual movements for Symphony in the Park in 1958, 1974 and 1976. The BSO’s last performance of the “Unfinished,” was in April 1990, under the baton of Uri Barnea.