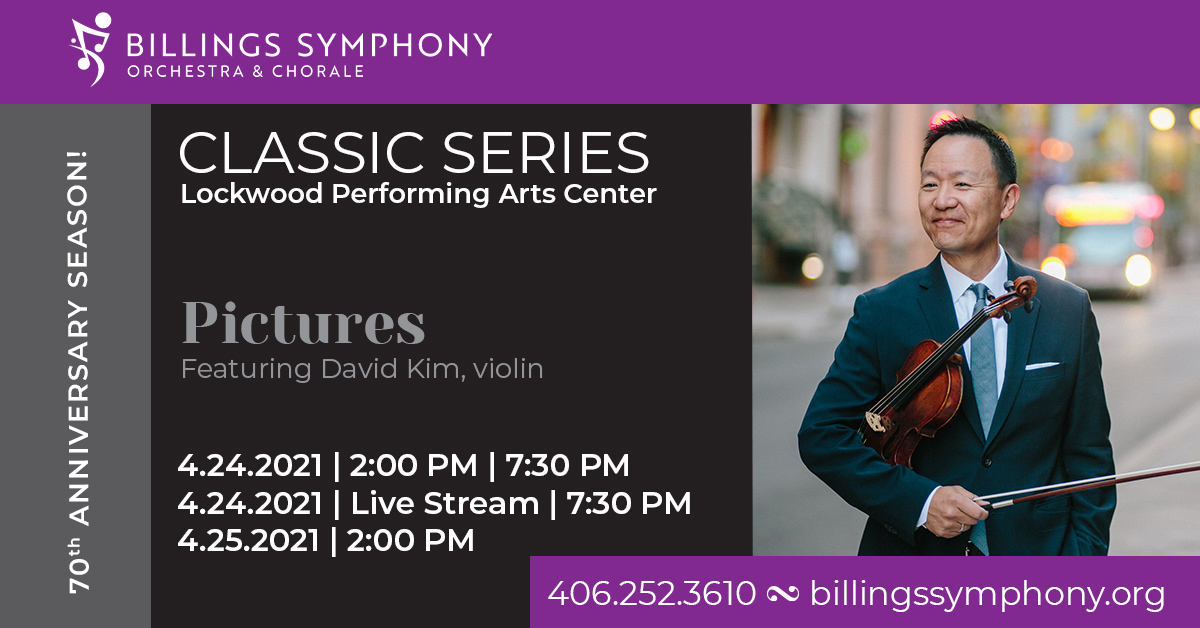 The BSOC’s season comes to a close with Mussorgsky’s Pictures at an Exhibition, showcasing the brilliant colors of the orchestra. Philadelphia Orchestra concertmaster David Kim takes the stage to perform Beethoven’s revolutionary Violin Concerto. 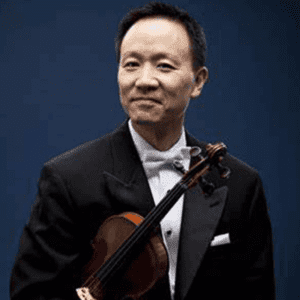 Violinist David Kim was named Concertmaster of The Philadelphia Orchestra in 1999. Born in Carbondale, Illinois in 1963, he started playing the violin at three, began studies with the famed pedagogue Dorothy DeLay at eight, and later received his bachelor’s and master’s degrees from The Juilliard School.

Each season, Mr. Kim appears as a guest in concert with famed modern hymn writers Keith and Kristyn Getty at venues such as the Grand Ole Opry House in Nashville, The Kennedy Center for the Performing Arts, and Carnegie Hall. In August, he returns to Nashville to perform at the Getty Music Worship Conference–Sing! 2021. Mr. Kim serves as Distinguished Artist at the Robert McDuffie Center for Strings at Mercer University in Macon. He frequently serves as an adjudicator at international violin competitions such as the Menuhin and Sarasate.

Mr. Kim has been awarded Honorary Doctorates from Eastern University in suburban Philadelphia, the University of Rhode Island, and Dickinson College. His instruments are a J.B. Guadagnini from Milan, Italy ca. 1757 on loan from The Philadelphia Orchestra and a Michael Angelo Bergonzi from Cremona ca. 1754. Mr. Kim lives in a Philadelphia suburb with his wife Jane and daughters Natalie and Maggie. He is an avid golfer and outdoorsman.