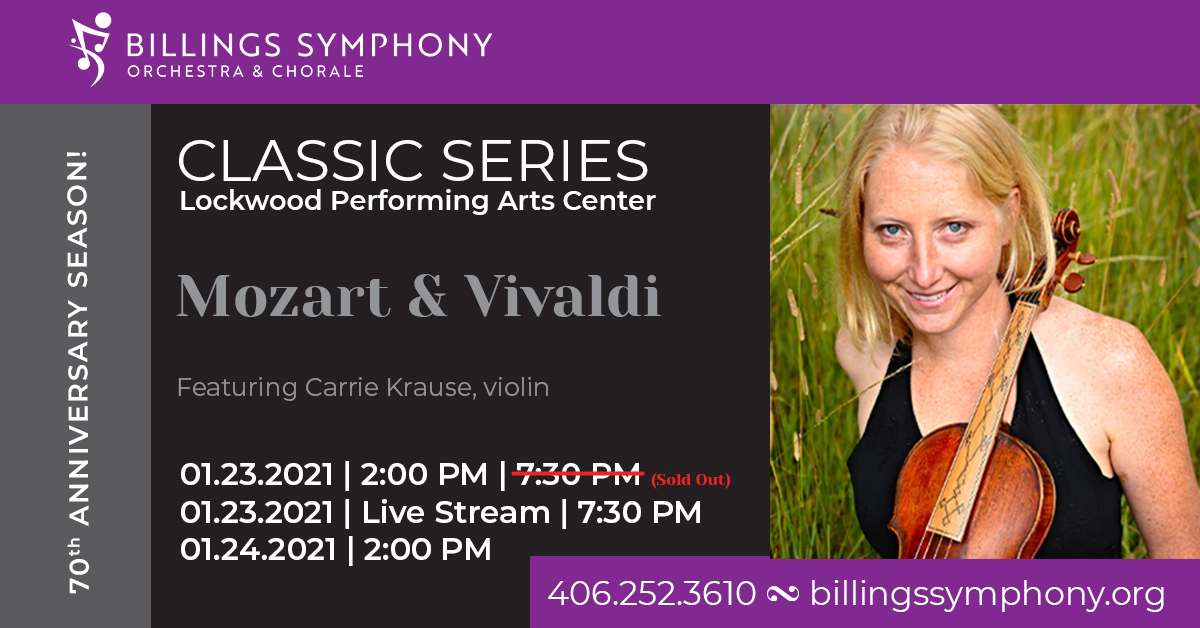 One of his final masterpieces, Mozart’s Symphony No. 40, is full of beauty and turbulence. Montana soloist Carrie Krause brings her “supreme virtuosity and flair” to Vivaldi’s beloved Four Seasons. 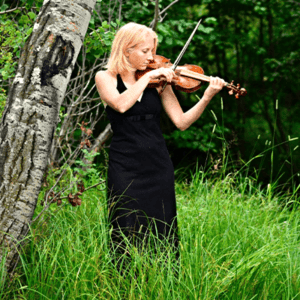 Violinist Carrie Krause’s “elegant, sparkling performance brought audience cheers”—Seattle Post-Intelligencer. Raised in Fairbanks, Alaska, Carrie Krause performs as a baroque violinist with ensembles across the country and on many international series, such as the BBC Proms and Utrecht Early Music Festival. She has appeared as principal of the Oregon Bach Festival, Seattle Baroque, Spire in Kansas City, and Apollos’ Fire, among others, and as soloist with Juilliard415, the Calgary Symphony, and the National Repertory Orchestra. In Bozeman, she serves as concertmaster of the Bozeman Symphony and is the founder of Bozeman’s newest arts non-profit, Baroque Music Montana. She also founded the I-90 Collective, the Second String Orchestra, Bozeman Chamber Ensembles, and the Period Performance Workshop. Carrie holds music performance degrees from Carnegie Mellon, the Cleveland Institute of Music, and The Juilliard School. Some days she loves to skate ski almost as much as practicing the violin. baroquemusicmontana.com

Premiered in the US with the New York Philharmonic on April 25, 1846. Conducted by Henry C. Timm.

The iconic Symphony No. 40 is one of Mozart’s three final symphonies; all composed during the extraordinarily creative summer of 1788. Full of dark and strong emotions, Mozart’s penultimate symphony reflects his interest in the artistic movement known as Sturm und Drang (Storm and Stress).

Vivaldi’s The Four Seasons was published in 1725 in Amsterdam as the first of four works of Opus 8.

The Four Seasons is the best known of all Vivaldi’s works. Inspired by the landscapes of Italian artist Marco Ricci, Vivaldi used his creativity to become the first composer to set his music to poetry, thus producing the one of the earliest known examples of program music. The Four Seasons was published with poems that were possibly written by Vivaldi.

Vivaldi’s The Four Seasons can be heard on a multitude of Hollywood soundtracks such as Tin Cup, Spy Game, What Lies Beneath, and The Other Sister.