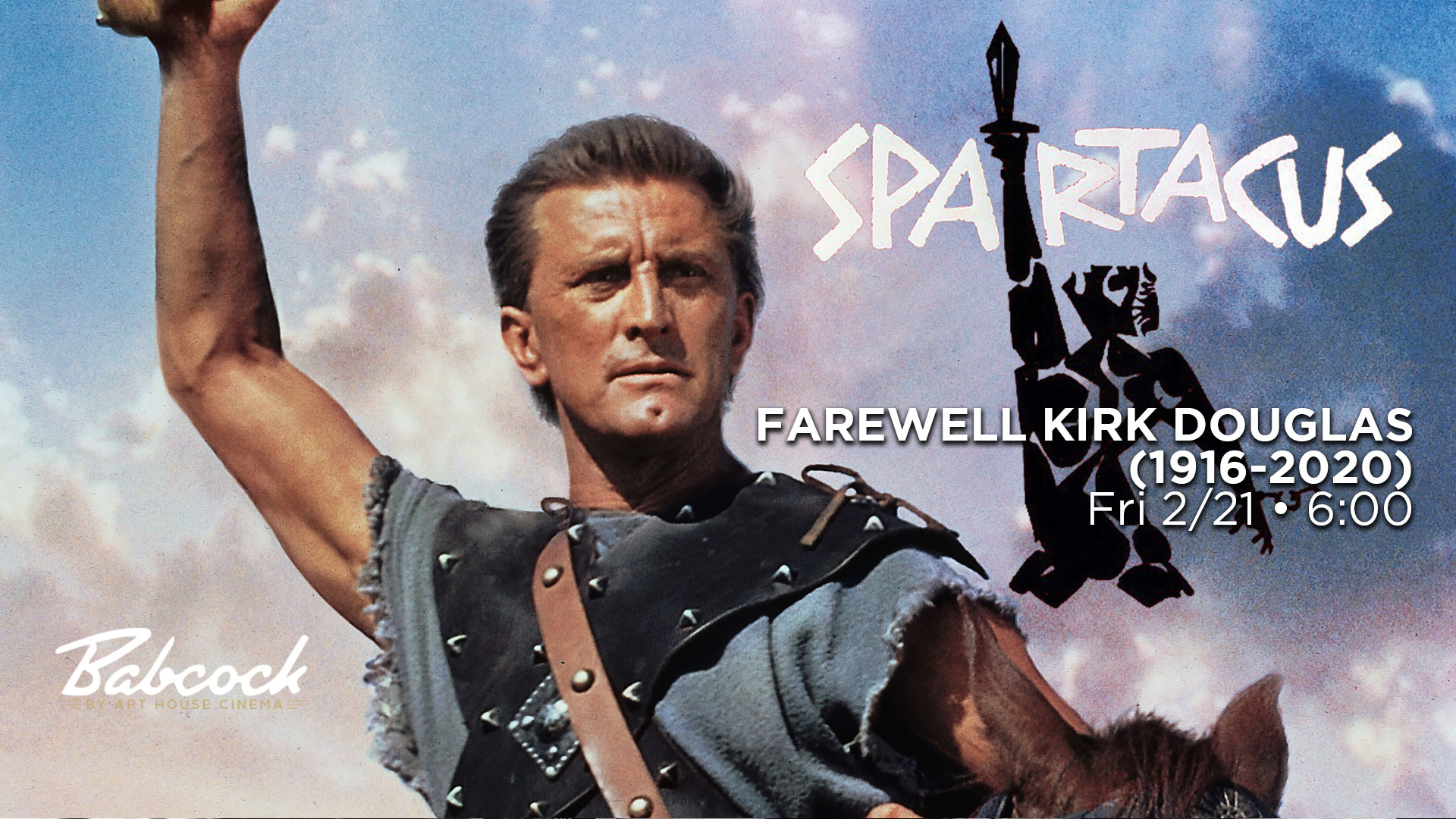 As an ode to one of classic Hollywood’s greatest performers, Art House Cinema is paying homage to the late great Kirk Douglas (1916-2020) with a screening of one of his most famous roles, SPARTACUS!

This epic swords & sandals drama about the life of Spartacus, the rebel slave and his revolt against the Roman empire, was the recipient of four Academy Awards and was a turning point in the career of director Stanley Kubrick. Be sure to not miss this Technicolor classic, beautifully presented in brilliant 4K, as The Babcock Theatre pays tribute to a one of a kind talent!