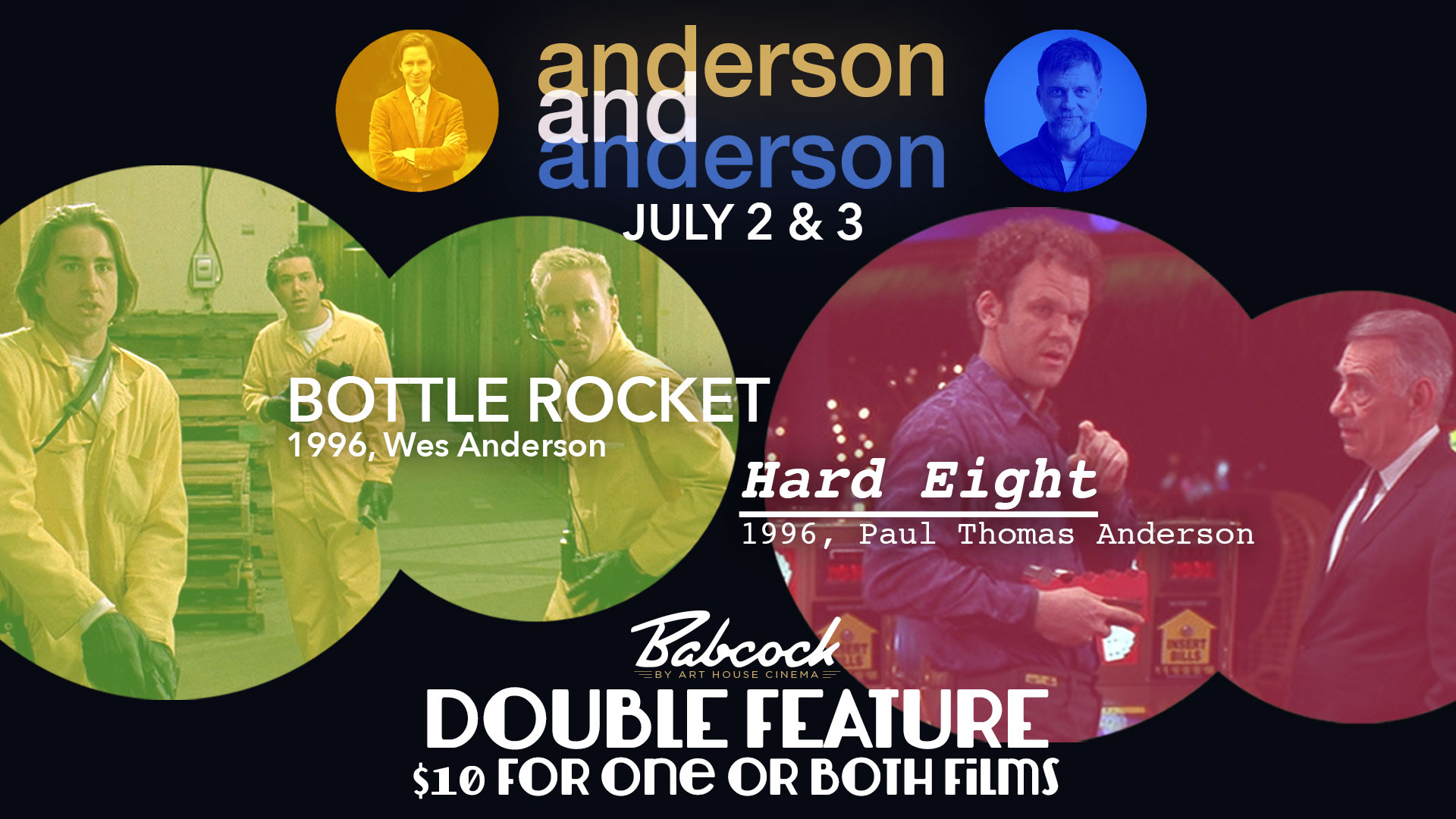 In 1996 two crime films came out from directors that have become some of the most unique voices in cinema over the past 25 years…and they’re both named Anderson. Join us at the Babcock for a look back at the beginnings of these two auteurs as they develop their signature style.

Starting with Wes Anderson’s Bottle Rocket, follow the antics of Owen and Luke Wilson as they embark on a life of crime. A hilarious and heartfelt comedy that was a sign of great things to come from this fresh new director.

And follow it with the more dramatic crime drama in Paul Thomas Anderson’s Hard Eight. Starring Philip Baker Hall as Sydney, a quiet stranger with a dark past that mentors down on his luck John C. Reilly to make a living as a gambler. But soon, trouble finds them, and Sydney must do what he can to protect his friends without revealing his past secrets. Co-starring Samuel L. Jackson, Gwyneth Paltrow, and Philip Seymour Hoffman, this film was a glimpse at the precision filmmaking (and people) P.T. Anderson utilized in his follow-up films Boogie Nights and Magnolia before reinventing himself later in his career with There Will Be Blood.

Two great first films to double feature and compare and contrast the different tones in approaches the crime genre.

@toadnwillow has been a downtown retail location s

VOLUNTEERS NEEDED 👋 Can you lend a hand? We n

Let’s talk history for a second. There are only

Downtown Summer Sounds is July 31. Will you be the