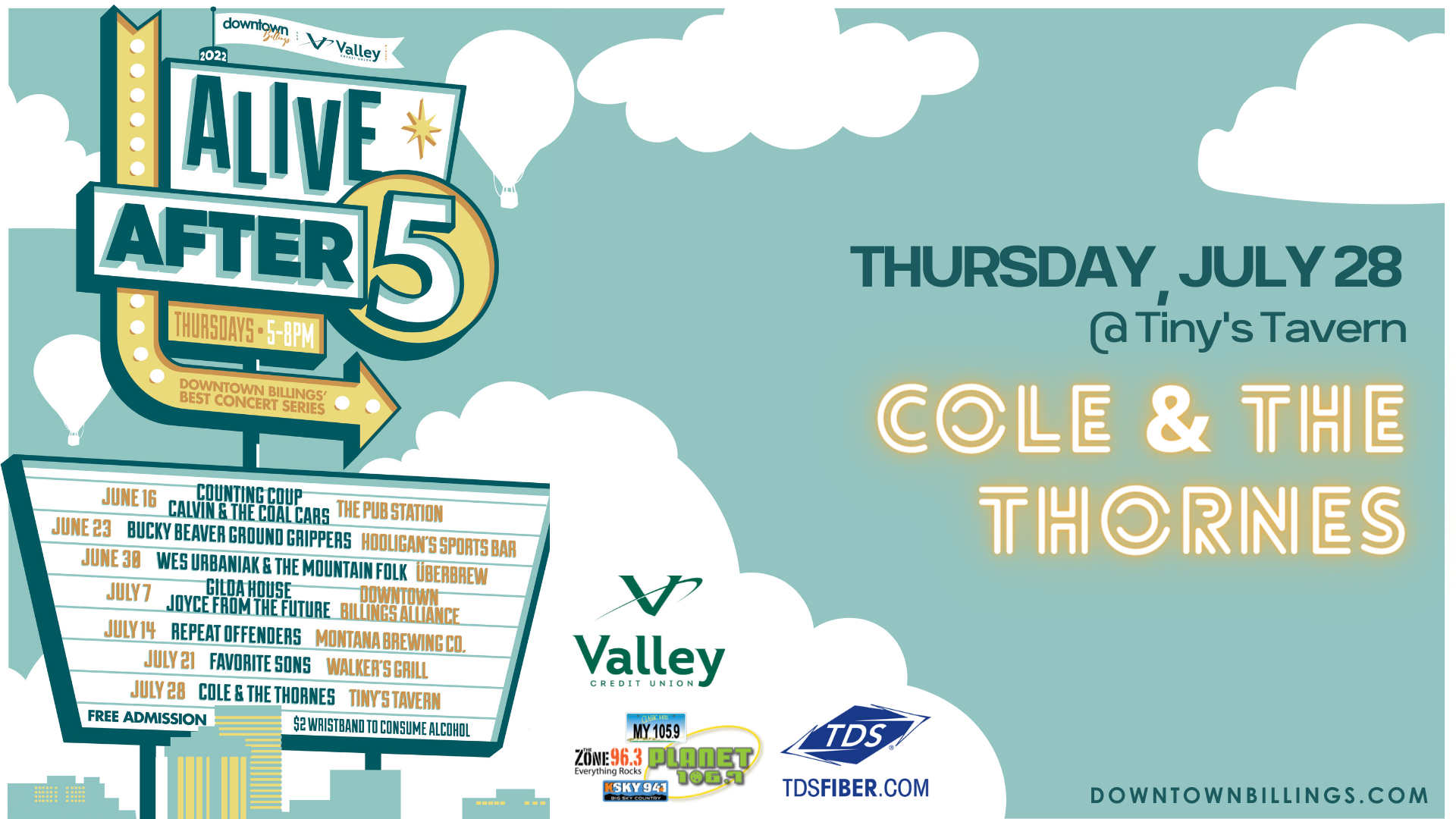 Alive After 5 is Downtown’s most anticipated summer concert series that runs June 16 to August 4, 2022. Each concert takes place weekly, Thursday evenings, from 5:00pm -8:00pm at a different outdoor venue in downtown Billings.

Cole & the Thornes is a mountain reggae band based out of Bozeman, MT.

Each concert includes a special shaded V.I.P area with chairs, tables, ice cold bottled water, and easy access to one of the event bar locations. Only Twenty-six $10 V.I.P wristbands are available each week on a first come first serve basis. To reserve your spot in the V.I.P area either visit the DBA office located at 116 N. 29th Street suite A or call (406) 294-5060, Monday – Thursday from 9:00am to 12:00pm to pre-pay and reserve your V.I.P spots.

Interested in sponsoring this event or other events: email LRichardson@staging.downtownbillings.flywheelsites.com

We’re always looking for good volunteers to help with setup, wrist banding, and IDing from 4:45-8pm. All volunteers get a free wristband, food/beverage voucher, and bottled water.

We know!!! We’re bummed too but BUT dogs, cats, and other small animals are not allowed at Alive After 5 or any other large downtown public event. The city ordinance is for the safety of all including your dogs! AND while we don’t make the rules, we totally understand the city’s ordinance. Events like AA5 are loud and crowded and can be stressful  for a dog. Not to mention the heat of the hot pavement being harmful.

The Downtown Billings Alliance (DBA) coordinates each of the Alive After 5 concerts from set-up to tear-down and beyond. Each concert date takes place at a “Host” location within the Business Improvement District (BID). The concert series brings over 10,000 people to downtown Billings each summer.

The Alive After 5 downtown concert series was started in 2003 by a group of downtown restaurant & property owners led by the Publisher of the Gazette. The anchoring hosts included Walkers, McCormick’s, Pug Mahons, The Rex, and Montana Brewing Co and began with just 5 summer concerts around downtown. Tiny’s Tavern added in as an anchoring host in 2004. Over the years, the idea grew from the initial 5 concerts a summer to, at its biggest 14 concerts, to its current state.

If you would be interested in more information on hosting an Alive After 5 in the future please, contact our Event Director. 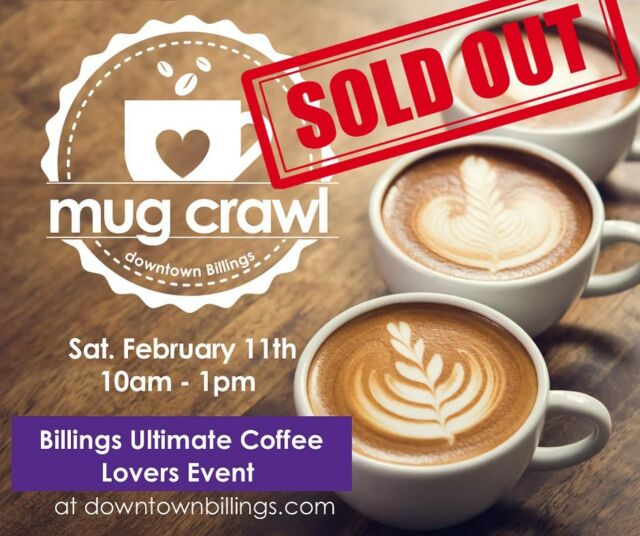 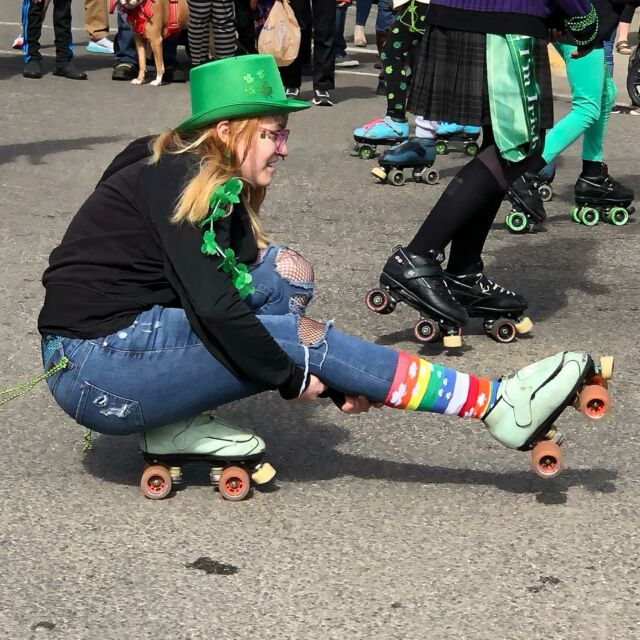