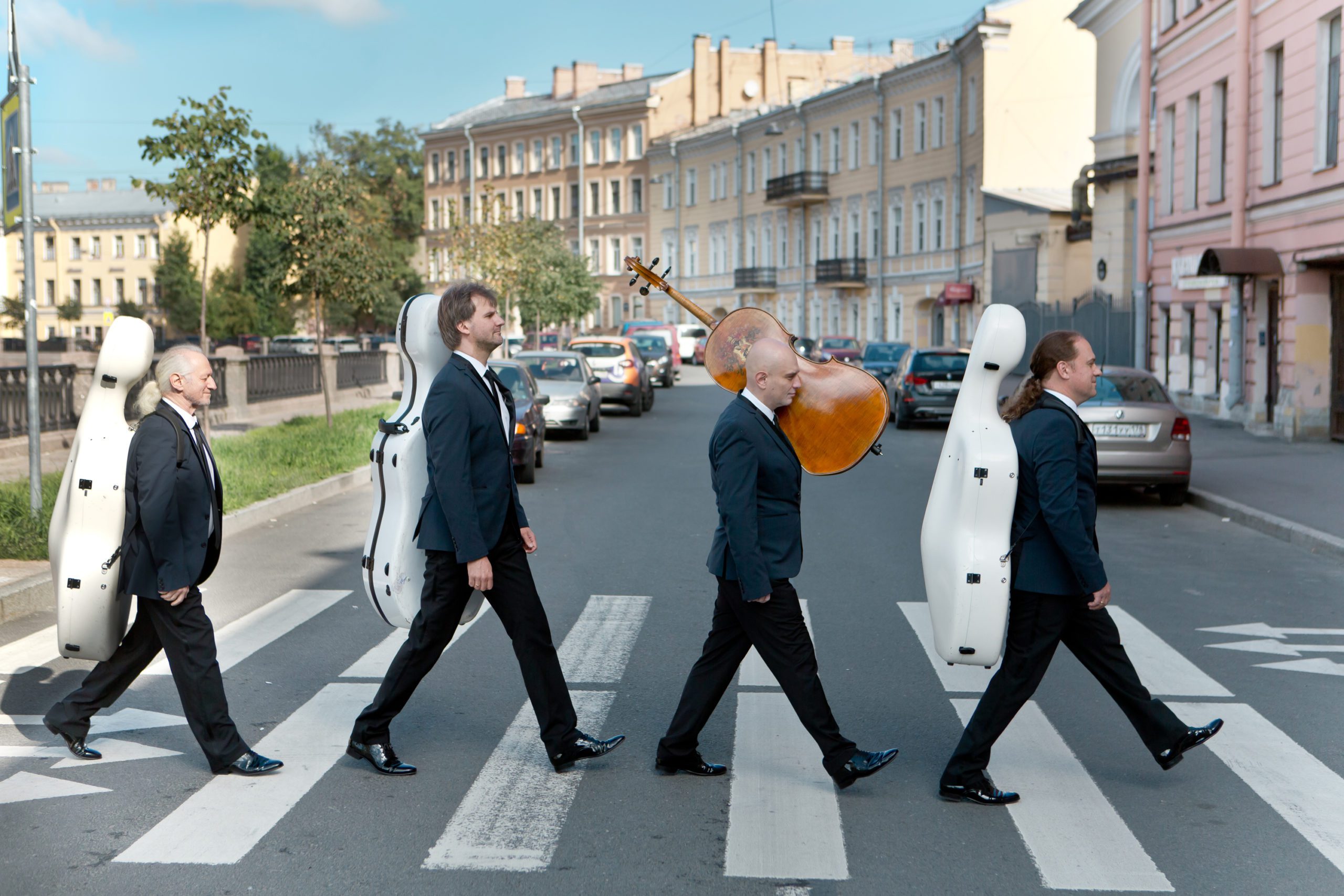 As part of its Outstanding Performances Series, Alberta Bair Theater presents From Brahms to Beatles by world renowned Rastrelli Cello Quartet, whose virtuosity is equally matched by its versatility, on Wednesday, February 23 at 7:30pm.

The four cellists of Rastrelli Cello Quartet perform only music they themselves love—that’s a matter of absolute conviction when it comes to putting together their programs. The ensemble has built a unique and broad repertoire, the likes of which can’t be found anywhere else. Virtuosity is an ever-present element which continuously accompanies the musical diversity of their instrument. There are always four cellos and yet you think you are hearing an old piano playing ragtime, a saxophone of the Glenn Miller Orchestra, or Piazzolla’s bandoneon. The quartet has put together a program that includes pieces by Johannes Brahms, Astor Piazzolla, Hans Zimmer, George Gershwin, Henry Mancini, and The Beatles.

“Music is the international language, which everybody can understand without understanding the words.” says Kira Kraftzoff, artistic director. “And this is what brings all human beings together.”

The Rastrelli Cello Quartet, from St. Petersburg, Russia now living in Germany, has recorded eight CDs to date, which present very diverse styles of music. The CD Cello in Classic was nominated for the “Record 2008” in Russia and won the silver award, only behind Luciano Pavarotti’s Pavarotti Forever (Universal Music). Since its inception, the quartet has been a guest on festival stages, concert halls, and radio stations worldwide.

Special thanks to Founding Directors who sponsor the Outstanding Performances series and to Yellowstone Public Radio, a sponsor of this performance.. Tickets, $37, $17 student + non-refundable fees, are available at the ABT Box Office, Monday through Friday, 10am to 5pm and Saturday 10-2, at 2801 Third Ave N, by phone at 406-256-6052, and on the ABT website at albertabairtheater.org. Additional processing fees apply to web and phone sales.

Educators, this qualifies as a Ten For Ten performance! Purchase at least ten tickets in one transaction and each ticket is only $10!