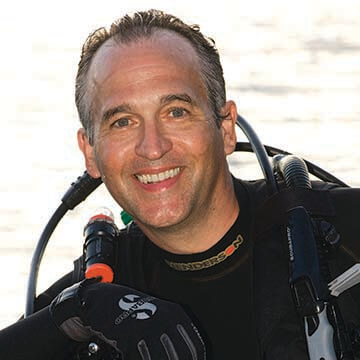 Wildlife photographer Brian Skerry has spent more than four decades exploring the world’s oceans—capturing “the soul of the sea” for National Geographic for more than 20 years. His images illuminate the mystery of the depths and offer portraits of creatures so intimate they sometimes appear to have been shot in a studio. Skerry dives eight months of the year, often in extreme conditions beneath Arctic ice or in predator-infested waters, and has even lived at the bottom of the sea to get close to his subjects.

His book, Ocean Soul, is a stunning tribute to our seas. Go beyond its pages to journey with him from the glacial waters of the North Atlantic, where harp seals face the threat of declining sea ice, to the temperate waters of New Zealand, home of the fastest shark in the world—the mako. He’ll share a fascinating look at some of the oceans’ apex predators, as well as stories of hope from marine reserves where wildlife is protected and thriving. A passionate spokesman for the oceans he loves to photograph, Skerry inspires reverence for the marine realm and powerful motivation to protect it.